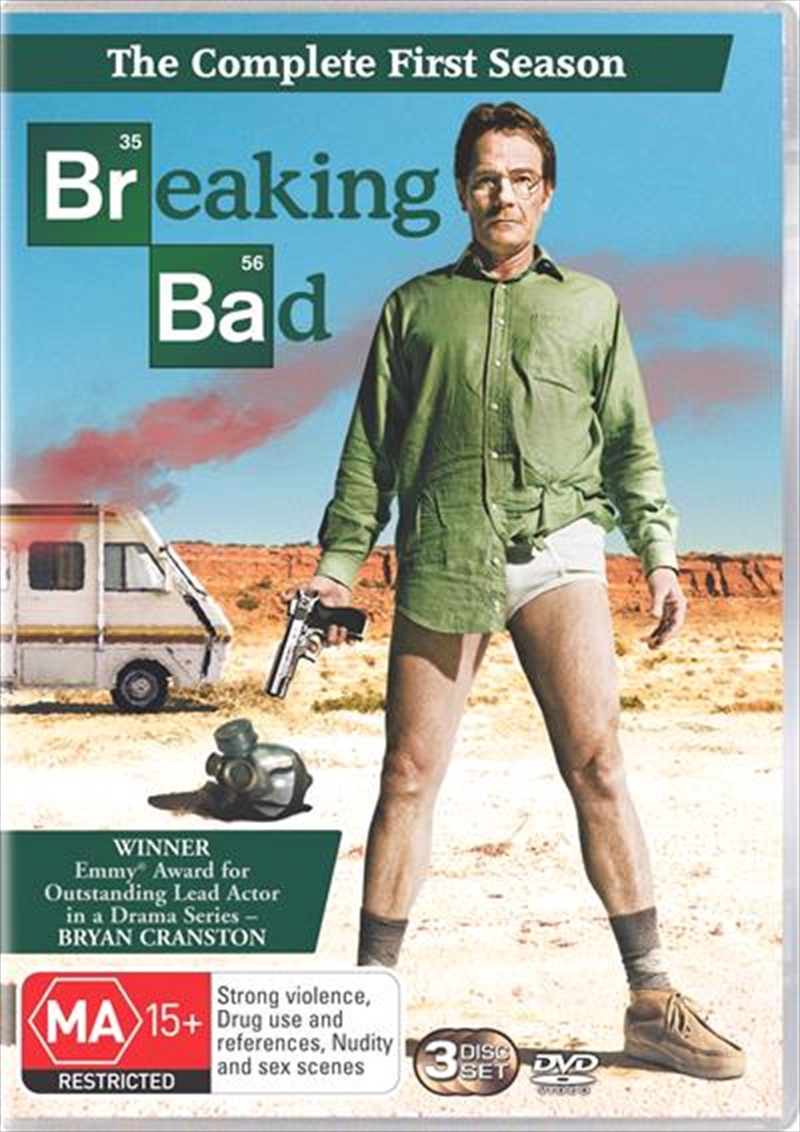 Shipping - See delivery options.
Postcode:
Quantity:
SEE MORE IN:
Breaking Bad 3 for $40 TV
Popular water-cooler drama about an unremarkable and uncharismatic chemistry teacher, Walter, who discovers new passion in his life after he learns he has terminal cancer. Once a successful chemist, Walter now teaches apathetic high school students and works part-time at a car wash to help support his family - wife Skyler, who earns a modest income buying and selling items on eBay, and son Walter, Jr., a strong-willed 17-year-old suffering from cerebral palsy. Realizing he has nothing but his family left to live for, Walter's new sense of purpose reinvigorates him into a man of action as he turns to an exciting life of crime to provide for the ones he loves.