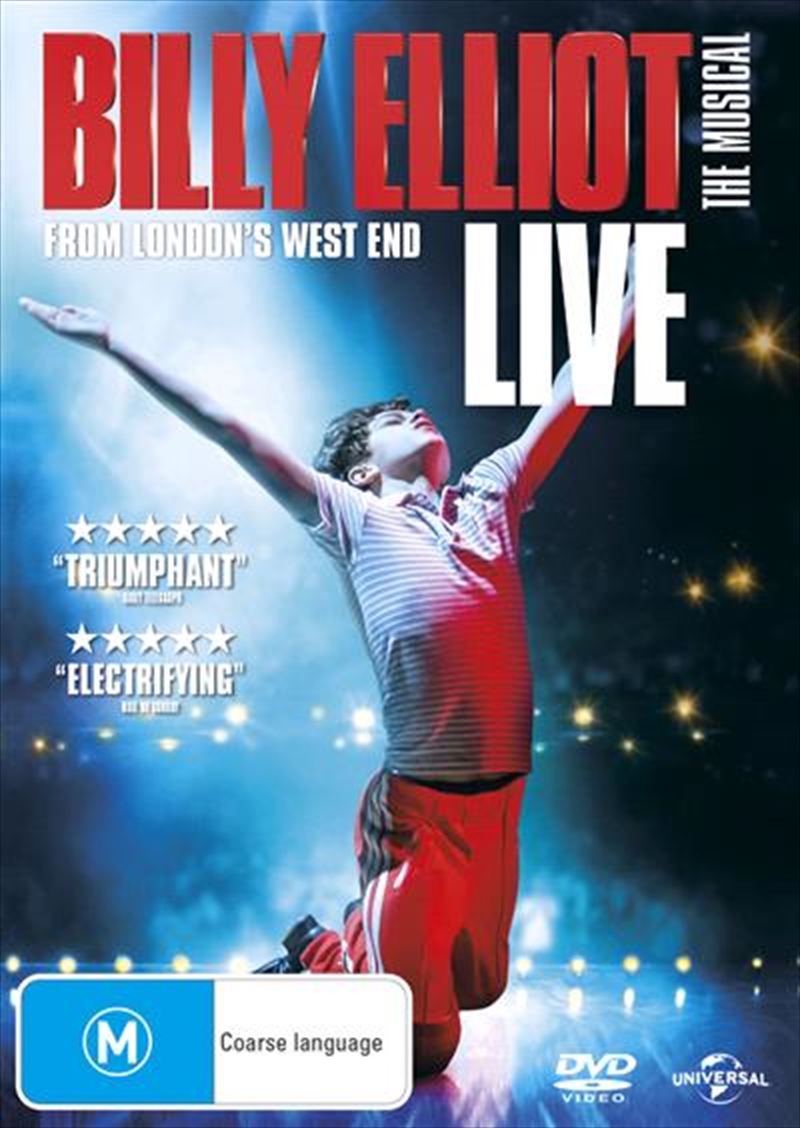 Shipping - See delivery options.
Postcode:
Quantity:
SEE MORE IN:
3 for $20 Movies & More
DESCRIPTION
Billy Elliot the Musical is a musical based on the 2000 film Billy Elliot. It as been dazzling London's West End since 2005, and has gone on to captivate audiences around the world.The music is by Elton John, and book and lyrics are by Lee Hall, who wrote the film's screenplay.
TRAILER
DETAILS