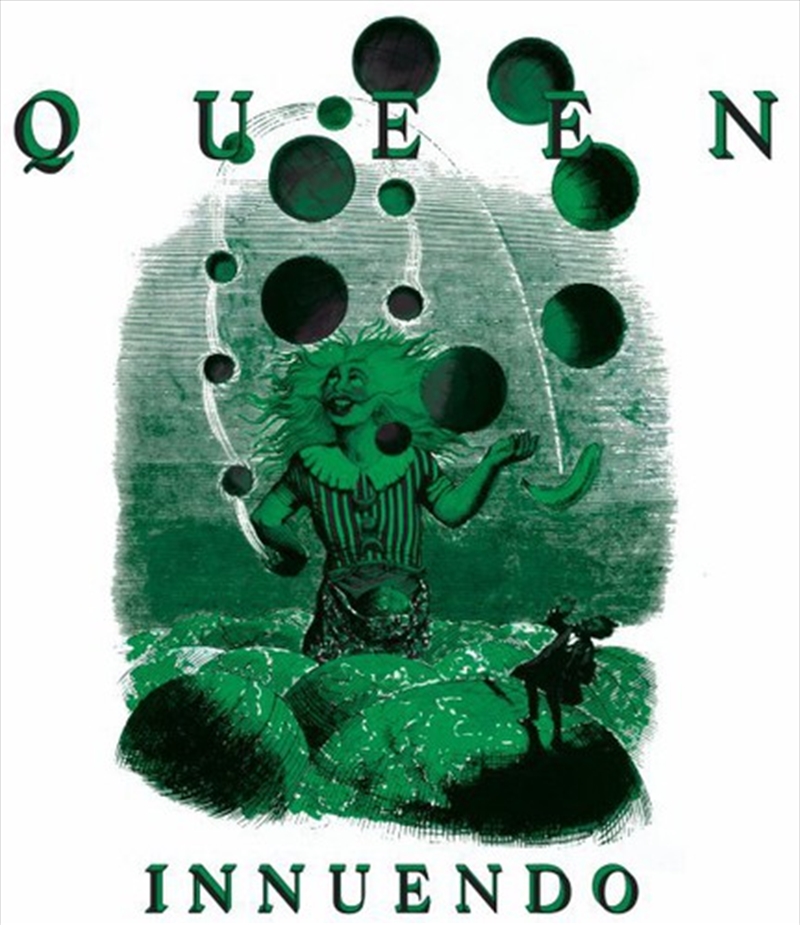 Shipping - See delivery options.
Postcode:
Quantity:
SEE MORE IN:
Vinyl Queen Bohemian Rhapsody
Queen achieved many things in their recordings with Freddie Mercury, but they reached new heights with the last album recorded and released while he was alive. Innuendo is an ambitious, epic lp with heartfelt, mature lyrics which took on new meaning when Freddie passed away immediately after its' release. This is the first U.S. release of Innuendo on vinyl lp and features the original 1991 edits made by the band for the vinyl release A platinum smash in its original and CD releases, now restored to glorious analog 180 gram jet-black vinyl lp. Yes it's Phase II of Queen on Vinyl Collector's Edition re-issue program - every Queen studio album is to be released on vinyl lps over the next two years. The original albums are being re-issued correct in every detail to the original releases, including inner sleeves, packaging and bonuses.

I Can't Live with You

These Are the Days of Our Lives

The Show Must Go On