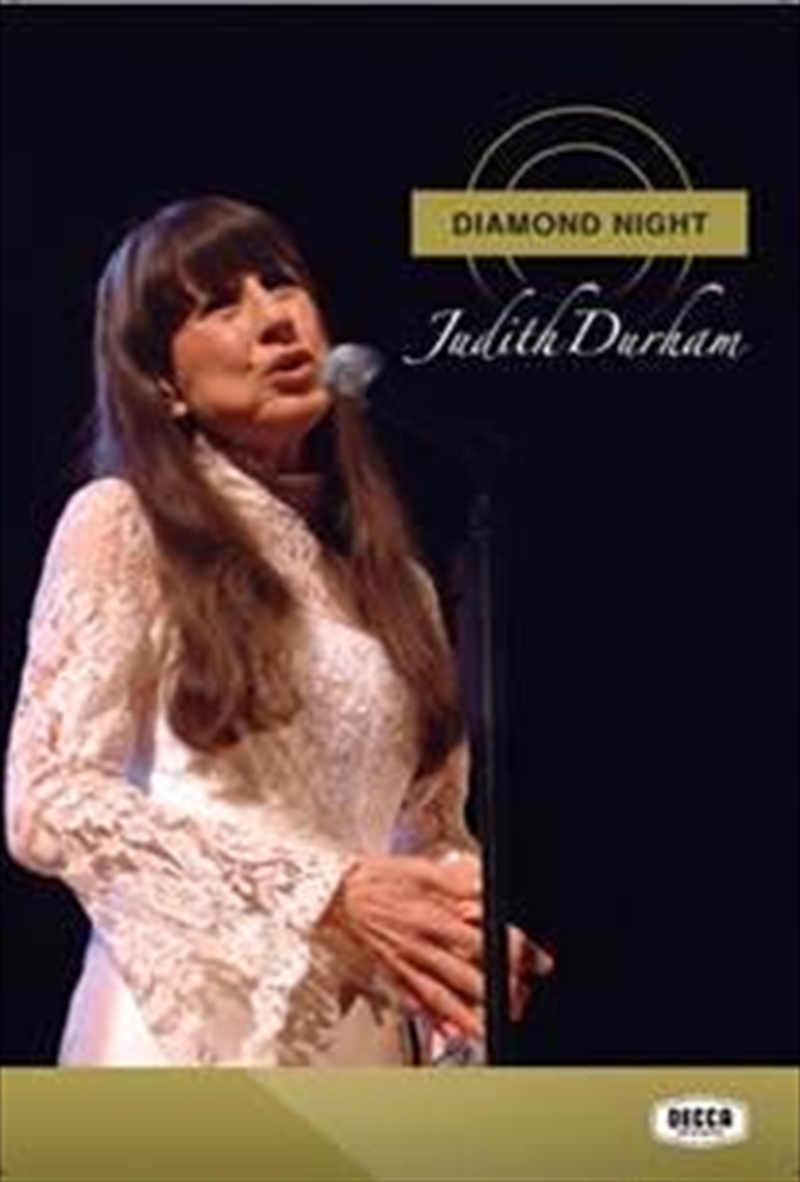 DESCRIPTION
In a stellar recording career spanning 50 fabulous years, we have been blessed with a dozen wonderful solo studio albums by Australia’s legendary Judith Durham. Along with her iconic catalogue of recordings with The Seekers, there have also been several live Seekers albums featuring Judith’s crystal-clear voice, and even one compilation of show-stopping live performances by Judith in tandem with her beloved husband Ron Edgeworth.

But there has never been a live Judith Durham solo album … UNTIL NOW!

JUDITH DURHAM LIVE IN LONDON is a stunning salute to Judith’s remarkable musical journey – and a real feast for fans.

The capacity audience is on its feet again and again as Judith brings to life her rich and emotional repertoire; from time-honoured classics and standards (such as You Belong To Me, It’s Impossible and Wonderful! Wonderful!), to her early trad jazz and gospel roots (Body and Soul, After You’ve Gone, I Wanna Dance To Your Music and Just A Closer Walk With Thee), her ragtime piano (Maple Leaf Rag and Banana Rag), through The Seekers’ evergreen hits (Georgy Girl, I’ll Never Find Another You and The Carnival Is Over) and her own heartfelt compositions (Let Me Find Love, Colours Of My Life, My Father’s Last Words and It’s Hard To Leave.)

This historic concert is indeed Judith’s ‘diamond celebration’ ... with a nod to the universal symbol of a 60th anniversary and the dictionary definition of “diamond” being “a precious gem” … just like Judith herself!

To truly mark the occasion, Universal Music is also proud to announce the re-release of the glorious DVD DIAMOND NIGHT, featuring the entire two-hour concert, with a bonus 18-minute interview with Judith.

You’ll join fans who travelled to London from all around the world to revel in the special party atmosphere of what truly is a diamond celebration … and you’ll have the best seat in the house!

This Is My Song

Join In The Journey

You've Got A Friend

No Mother Could Be Lovelier (than You)

Just A Closer Walk With Thee

Colours Of My Life

I Wanna Dance To Your Music

All Over The World

When The Stars Begin To Fall

I'll Never Find Another You

It's Hard To Leave

The Carnival Is Over