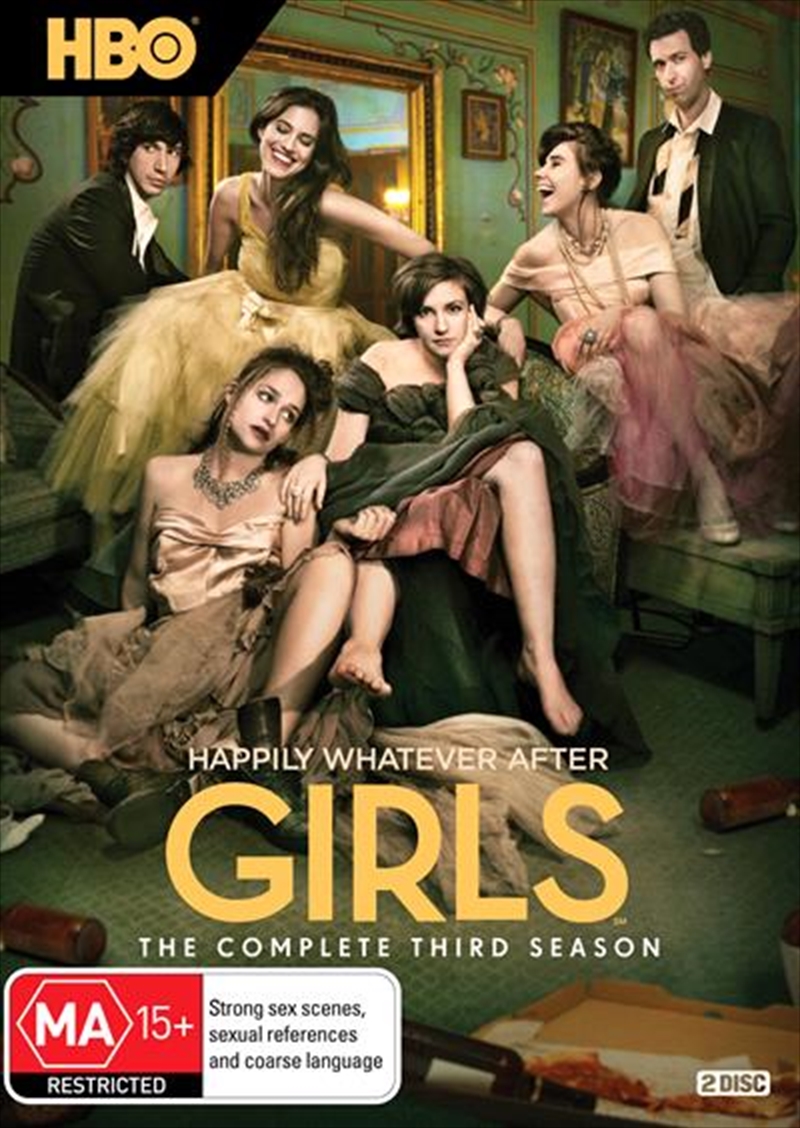 Lena Dunham returns for the third, highly anticipated season of her Emmy- and Golden Globe-winning comedy series Girls. Following the misadventures of a group of 20-something friends in NYC, the series centers on Hannah Horvath (Dunham) and her mess of anxieties, insecurities, and uncertainty as she approaches her mid-20s. In Season 3, Hannah is now in a committed relationship with Adam (Adam Driver), and the two are settling into a newfound domesticity in Hannah's apartment. Hannah is also working on rehabilitating her writing career and concentrating on delivering her eBook to her eccentric publisher. Meanwhile, Marnie (Allison Williams) is adjusting to life after a sudden and traumatic breakup with Charlie and meticulously working to achieve the life she feels she deserves. Nearing graduation, newly single Shoshanna (Zosia Mamet) masterminds a plan to create a healthy (at least on paper) balance between partying and her studies. And, continuing her streak of disrupting the lives of those around her, Jessa (Jemima Kirke) resurfaces and strikes up an ambiguous friendship with a flamboyant father figure. Over this season's 12 episodes, the friendships between the girls are more volatile than ever, proving that female friendship is its own kind of romance. As always, love, life, sex and death can all interrupt the circuitous path to adulthood - and will arrive when you're least prepared.
DETAILS