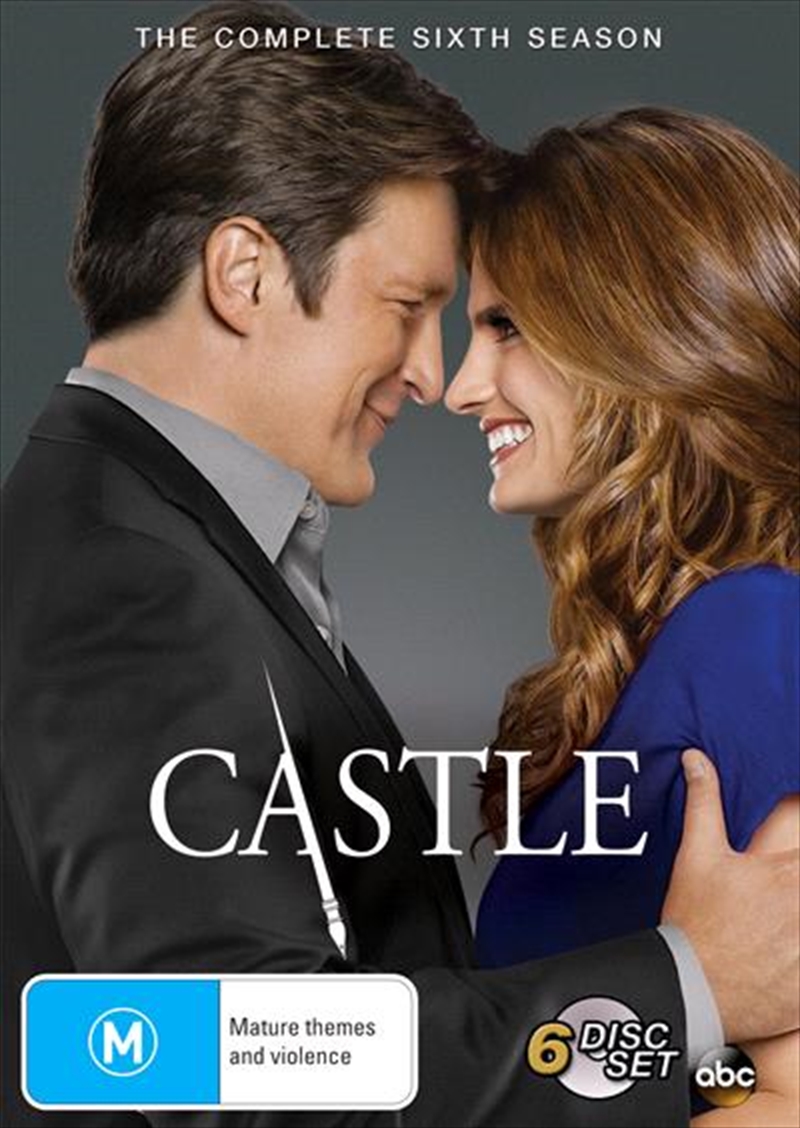 After Castle's stunning romantic proposal to Beckett, what happens next? TV's magnetic crime-fighting couple faces a whole new set of challenges as they juggle wedding plans and their most intriguing cases yet in ABC's CASTLE: THE COMPLETE SIXTH SEASON. Beckett's new job with the Justice Department takes her away from the wisecracking love of her life. But Castle's devotion to his new fiancee -- and her fascinating line of work -- jeopardizes her career and creates a chain of events that might separate them forever. Back on the home front, Castle is none too pleased to discover his daughter has seemingly been captivated by, and now living with, her new, free-spirited boyfriend. It's a season of surprises you won't want to miss! Experience every engaging moment of CASTLE's brilliant sixth season, complete with all 23 unforgettable episodes, plus never-before-seen bonus features only available on DVD.
DETAILS