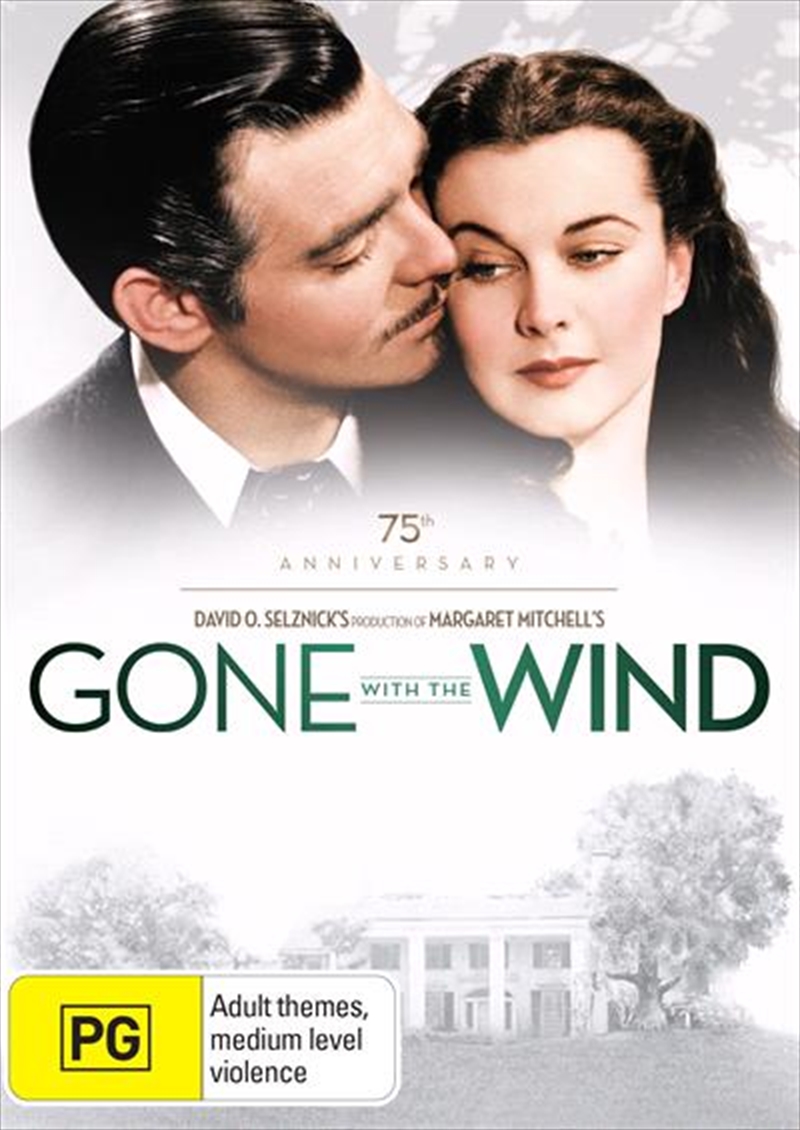 Set against the Civil War and Southern Reconstruction, this tragic love quadrangle offers the burning of Atlanta and fields of wounded Confederates as part of its lush scenery. Meticulous backdrops, glorious sunsets, numerous silhouettes, and the ultrasaturated Technicolor film create a hyperreal vision. The romantic score is every bit as lush and dramatic as the photography, borrowing folk melodies from the Old South to make the tragic war concrete. Heavy nostalgic tones pervade the often witty dialogue and larger-than-life charms and faults of the leads. GONE WITH THE WIND, winner of 10 Academy Awards, stands among the greatest epic dramas ever filmed.
DETAILS