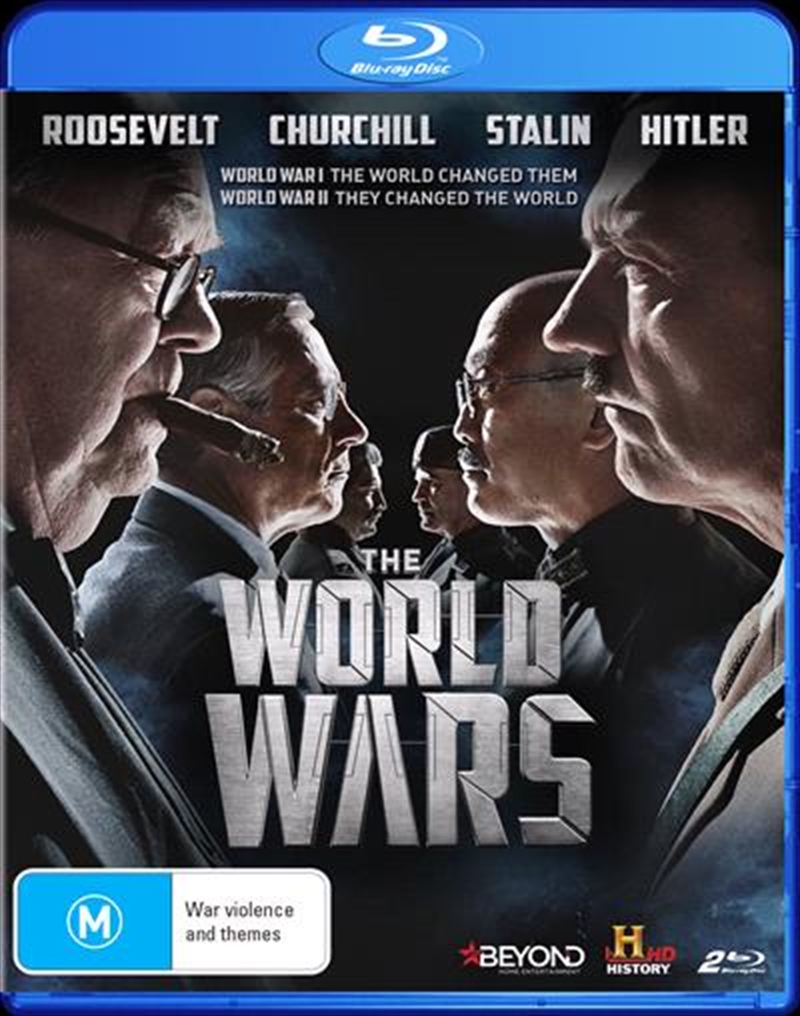 Adolf Hitler. Franklin Delano Roosevelt. Benito Mussolini. Winston Churchill. Charles de Gaulle. George Patton. Before they were the giants of WWII, they were infantrymen and privates in WWI, the war to end all wars. THE WORLD WARS from HISTORY and brings you the story of the devastating three decades of 20th-century world war through the eyes of the men whose characters were forged in the trenches before they commanded a world on the brink of disaster. See how, from Ypres and the Somme to the Battle of the Bulge and the invasion of Normandy, the iconic figures of WWII became synonymous with either battlefield glory or murderous fascism.