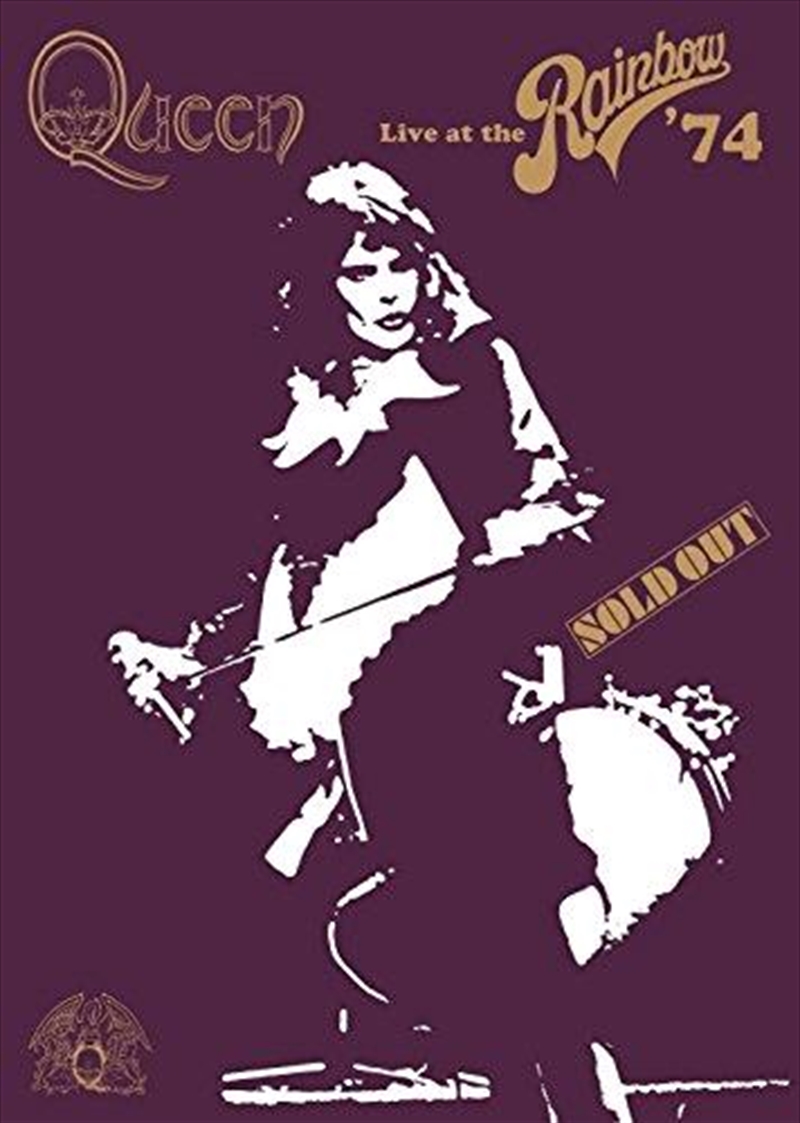 Shipping - See delivery options.
Postcode:
Quantity:
SEE MORE IN:
Queen Bohemian Rhapsody
Queen: Live at the Rainbow ’74,marks the culmination of the band’s countrywide tour, their first as headliners - hot on the heels of a tour supporting Mott the Hoople, late in 1973, on which they were widely regarded as having blown the hit band off the stage. Queen got rave reviews, almost unheard of for a support band, and it was obvious that in future they would be top of the bill.

Queen’s performance was spectacular from the second that Freddie Mercury strutted onto the stage in his soon to become trademark white “eagle suit”, a tight -fitting number specially made for him by top fashion designer Zandra Rhodes, which featured flowing winged sleeves. He pranced and posed, capturing the audience in seconds with his extraordinary voice and stage presence, while Brian May provided the counterpoint with his remarkable and ground-breaking guitar playing. The powerful “engine room” (as they liked to call it) of drummer Roger Taylor and bass player John Deacon completed a sound unlike anything British audiences had previously heard. Enraptured fans clapped and cheered, and gave the band a standing ovation.

Now, a remarkable 40 years later, Queen: Live at the Rainbow ’74 has finally surfaced from the archives, providing an invaluable record of emerging superstars demonstrating their talent.

It is a collection every Queen fan will want to possess.

Flick Of The Wrist

In The Lap Of The Gods