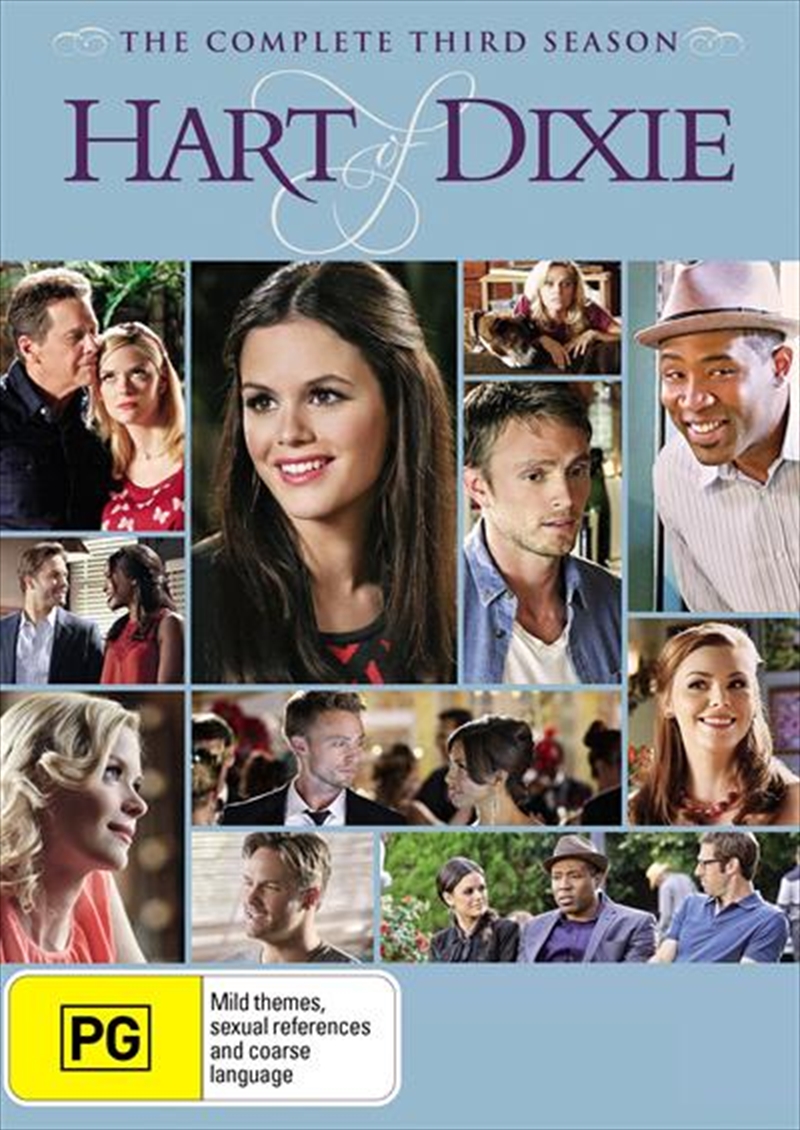 Her life is about to go South.

The doctor is in! Rachel Bilson continues her starring role in season three of the ensemble comedic drama Hart of Dixie as the medically astute, romantically challenged New York surgeon Dr. Zoe Hart, who is starting to adjust to life as a general practitioner in tiny BlueBell, Alabama. Last season, Zoe captured two hearts and had to choose between bad boy Wade Kinsella (Wilson Bethel) and good guy George Tucker (Scott Porter), but what will happen when Zoe returns from a summer in New York? Its not all complicated love triangles in this charming series, however, and viewers have fun following the follies of Lemon Breeland (Jaime King), who is finding her footing as new co-owner (with Wade) of the Rammer Jammer, and Mayor Lavon Hayes (Cress Williams), who seems to have found happiness with AnnaBeth Nass (new series regular Kaitlyn Black, Raising Hope). Small-town life can lead to big-time fun! Tim Matheson also stars.