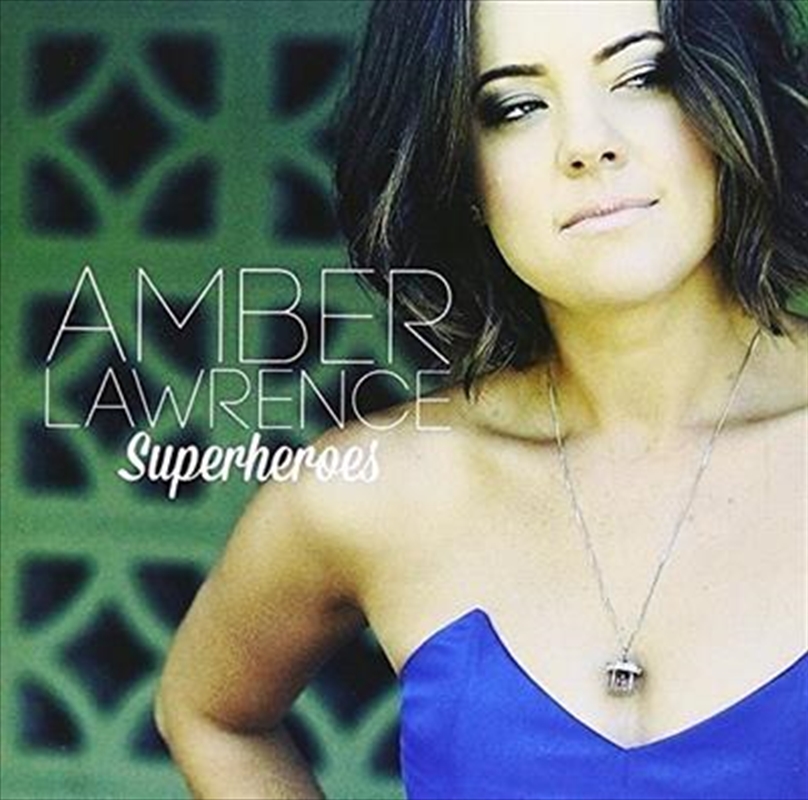 Shipping - See delivery options.
Postcode:
Quantity:
SEE MORE IN:
Amber Lawrence
Singer, songwriter and country music star Amber Lawrence has come a long way since leaving her well-paid accountancy job with QANTAS, and setting out for a life on the road to pursue her dreams as a professional musician. Since her debut single release “I’ve Got The Blues” in 2005, Amber has notched up close to a thousand shows and released 13 chart topping singles and music videos.

'Superheroes' is Amber Lawrence’s fourth album is a departure from her former sound, with a much more earthy, rockier feel, bordering on alt country. Recorded in Nashville with producer Matt Fell at the helm (Sara Storer, Graeme Connors, McAlister Kemp and Damien Leith, and ‘Producer of the Year’), Amber lyrically grapples life’s ups and downs through love, loss, freedom and reflection within each song.

Stand out tracks from the album include the song TheLifesaver, which serves as a touching tribute to Amber's late father, a surf-lifesaver;the lead singleSuperherowhich calls on one’s ability to call on their own strength and achieve whatthey never thought possible.

Amber's love of having a good time are also well expressed through the extremely flirty and rootsyLet's Take It Somewhere, the oh so sassy 25 Words Or Less and the fun Little Lazy Little Crazy.

Take It Somewhere (in The Middle Of Nowhere)

Live To Tell The Tale

I Will Love You

Because You're Worth It