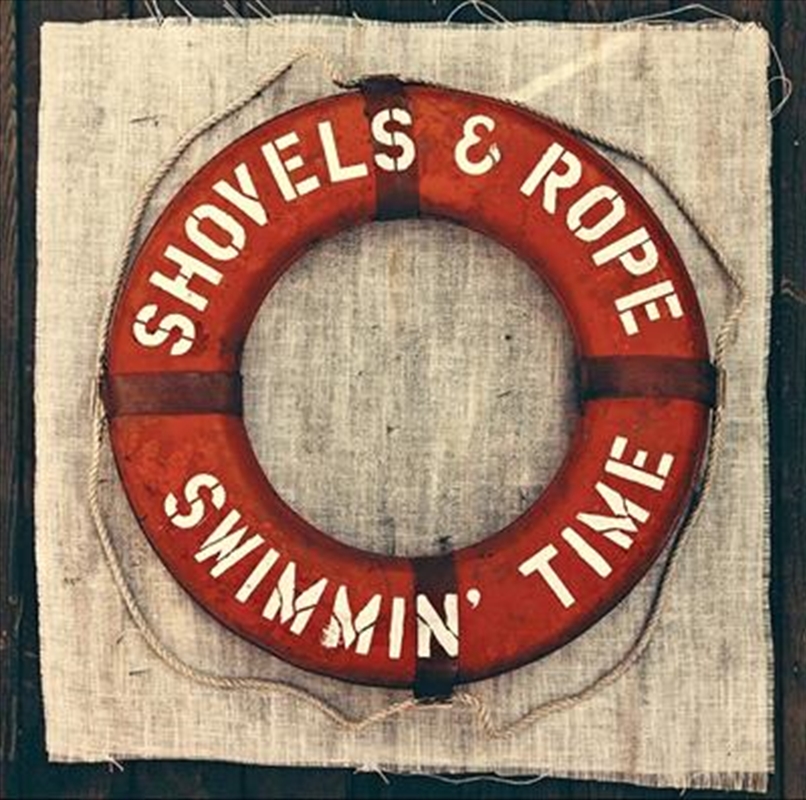 DESCRIPTION
Swimmin’ Time is the highly-anticipated follow up to the band’s 2012 breakthrough debut O’ Be Joyful, which garnered unanimous praise from the press, followed by dozens of sold out shows, national television appearances, numerous year-end lists, impressive album sales and major festival performances. To cap it all off, Shovels & Rope took home two of the top honours, Song of the Year (‘Birmingham’) and Emerging Artist of the Year at the 2013 Americana Music Awards.

While O’ Be Joyful was recorded at home, in hotel rooms, in their van and throughout their travels, the band remained stationary by recording Swimmin’ Time at their home studio in Charleston, SC with Trent again producing. Swimmin’ Time features 13 new songs that maintain the elemental Shovels & Rope songwriting and sound while incorporating new ingredients to the mix.

Shovels & Rope has appeared on The Late Show with David Letterman and PBS’ Austin City Limits, while coverage ran in a multitude of outlets including The New Yorker, Wall Street Journal, USA Today, New York Times, Associated Press, Southern Living, Garden & Gun, American Songwriter, Filter, Nylon, and much more, including a NPR Tiny Desk Concert. Also, the new documentary film The Ballad of Shovels & Rope, which chronicles the band’s humble beginnings through the release of O’ Be Joyful, recently received accolades at the Nashville Film Festival.

The Devil Is All Around