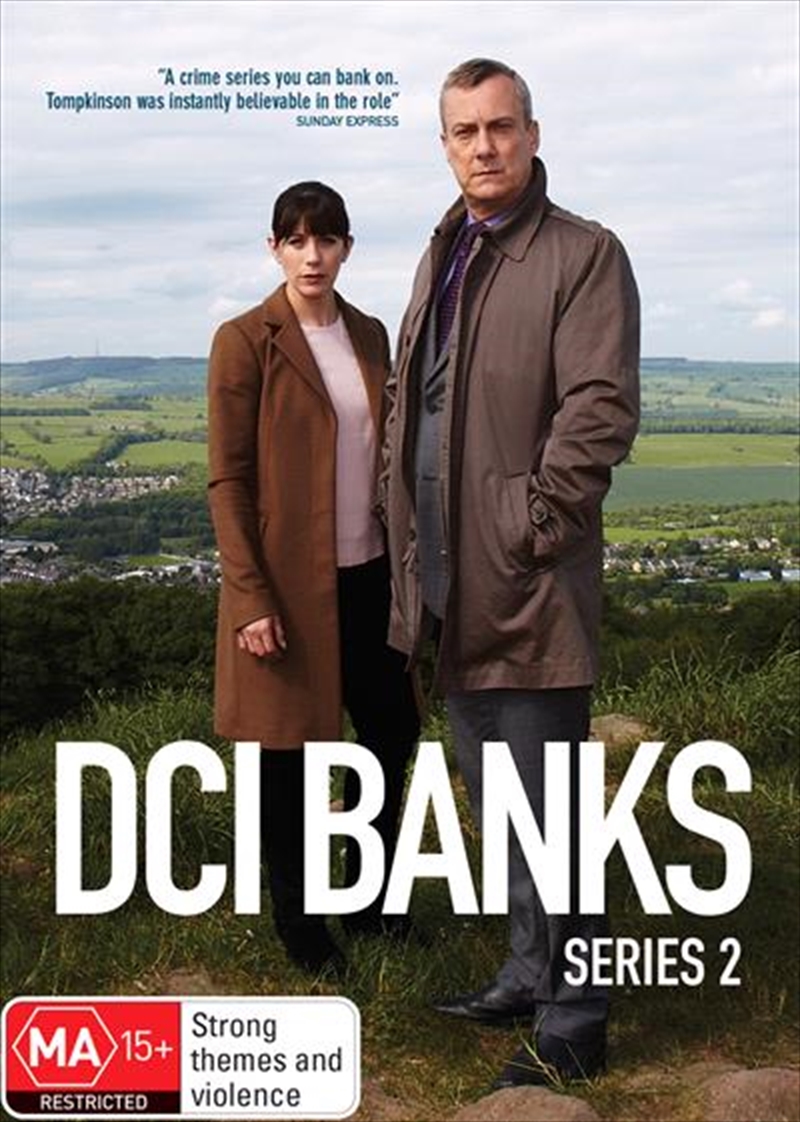 Shipping - See delivery options.
Postcode:
Quantity:
&lt;H3&gt; DCI Banks Series 2 DVD - On Sale Now With Fast Shipping&lt;H3&gt;
A new case becomes personal in Strange Affair when Banks discovers that his brother Roy is missing and Roy's girlfriend has been shot dead. In Dry Bones That Dream a seemingly ordinary man is murdered in his home for no apparent reason, but the unearthing of a secret double life leads Banks to explore the question of identity. A young girl is found murdered in Innocent Graves. All the evidence seems to suggest her drama teacher is the guilty man. Banks believes they have a watertight case, until the trial collapses. It?s up to Banks to find the real motive and the killer.