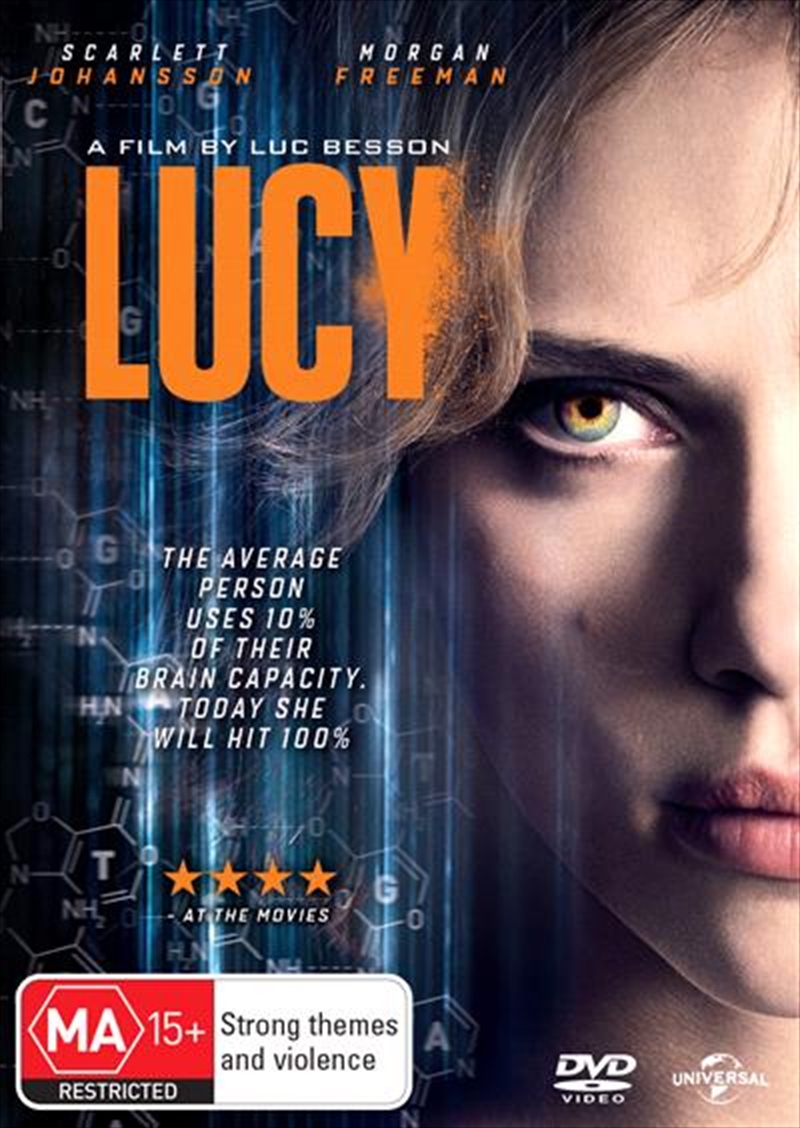 Shipping - See delivery options.
Postcode:
Quantity:
SEE MORE IN:
3 for $20 Movies & More Cant Seem To Stream
DESCRIPTION
The average person uses 10% of their brain capacity. Imagine what she could do with 100%.

From La Femme Nikita and The Professional to The Fifth Element, writer/director Luc Besson has created some of the toughest, most memorable female action heroes in cinematic history. Now, Besson directs Scarlett Johansson in Lucy, an action-thriller that tracks a woman accidentally caught in a dark deal who turns the tables on her captors and transforms into a merciless warrior evolved beyond human logic. Lucy also stars Academy Award winner Morgan Freeman and examines the possibility of what one human could do if they unlocked 100 percent of their brain capacity and accessed the furthest reaches of their mind.
TRAILER
DETAILS