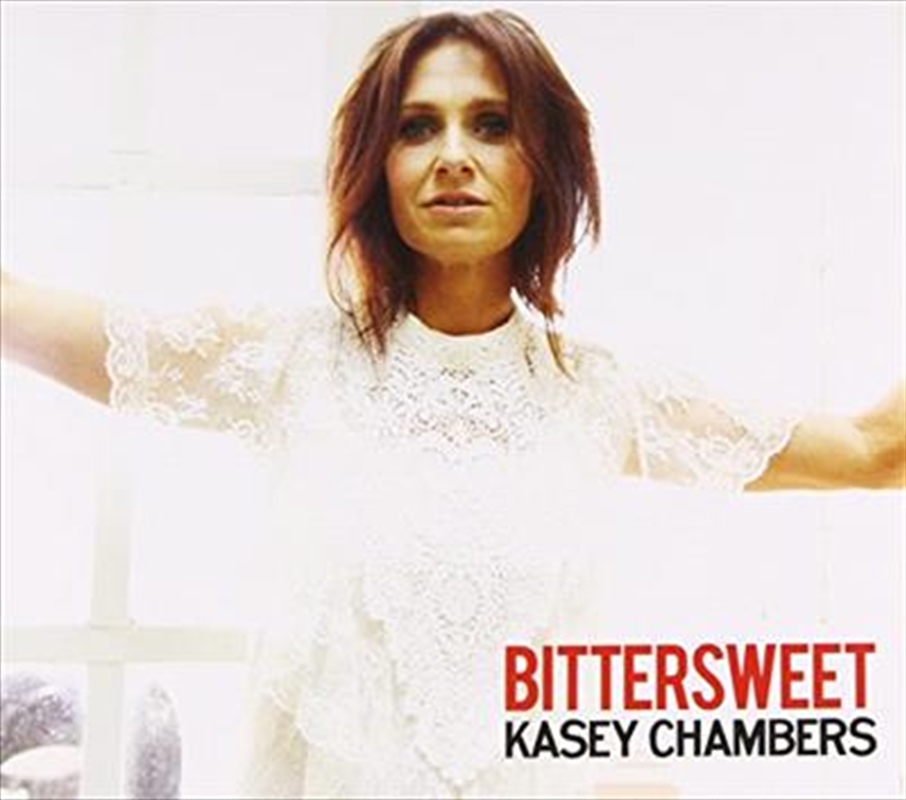 Shipping - See delivery options.
Postcode:
Quantity:
SEE MORE IN:
Shane Nicholson Kasey Chambers
The music of Kasey Chambers nowadays feels almost as intrinsic to this country as vegemite and Australia will be happy to know that on August 29, the singer, songwriter and storyteller will release her tenth studio album and first solo record in four years, Bittersweet. Produced by American Nick DiDia (Pearl Jam, Bruce Springsteen, The Wallflowers, Powderfinger, The Living End) at Studios 301 in Byron Bay, Bittersweet is something of a departure for Kasey from the ‘expected’.

Signifying a new phase in her exciting and expansive career, Bittersweet sees Kasey enter the studio without her producer/ manager/ brother and good luck charm Nash Chambers for the first time. Although that collaboration has sold 1.2 million albums in Australia alone, “I wanted to have an experience making a record that I had never had before. I wanted to challenge myself and I wanted to be excited”, she says.

The first single Wheelbarrow was written and performed with label and band mate Ashleigh Dallas. Wheelbarrow’s swaggerly blues perfectly captures Kasey and Ashleigh’s collective love for melding the new and antique. Their brassy, swaying vocals mingle with banjo beneath the swaggering layers of Dan Kelly’s overdriven guitar—thick, sweet and dirty.

While title track Bittersweet harks back to the ballsy, alternative country rock that flavoured seven times platinum selling Barricades & Brickwalls, it also delivers some brand new soundscapes for the exquisite song-writing and irresistible voice of one of Australia’s most gifted and enduring talents.

Bittersweet is again testament to the songwriting talents of an artist who has won 10 APRA Awards (she holds the record for the highest awarded solo APRA Songwriter in Australia across 10 studio albums), 10 ARIA Awards, 20 Golden Guitar Awards and nominations for 2 Americana Music Awards.

Hell Of A Way To Go

House On A Hill

Too Late To Save Me