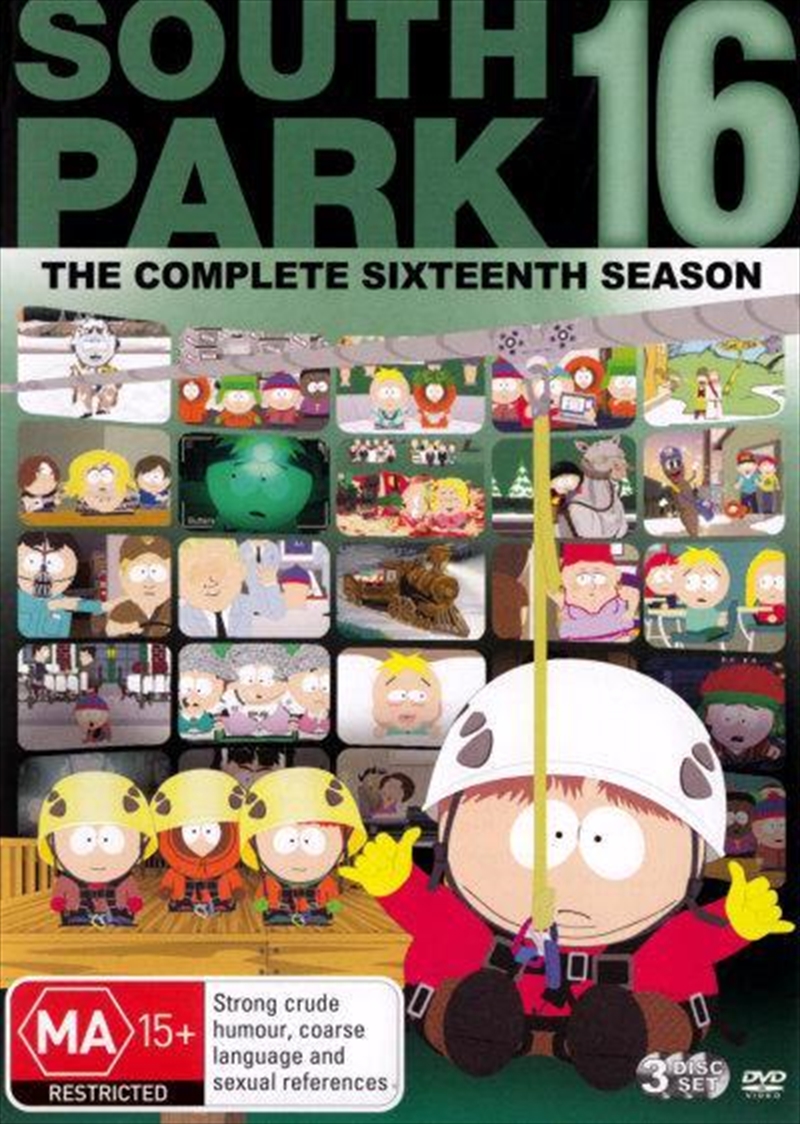 All fourteen episodes from South Park's legendary 16th season are jam-packed into this set. Join Cartman, Kyle, Stan and Kenny as they hunt down the mythical Jewpacabra, sketti wrestle with reality stars, and go jackin' it in San Diego. Pile on never-before-seen deleted scenes and a healthy dose of cat breading, and you've got a box set that could just "raise the bar".
DETAILS