Ghosts Of Girlfriends Past 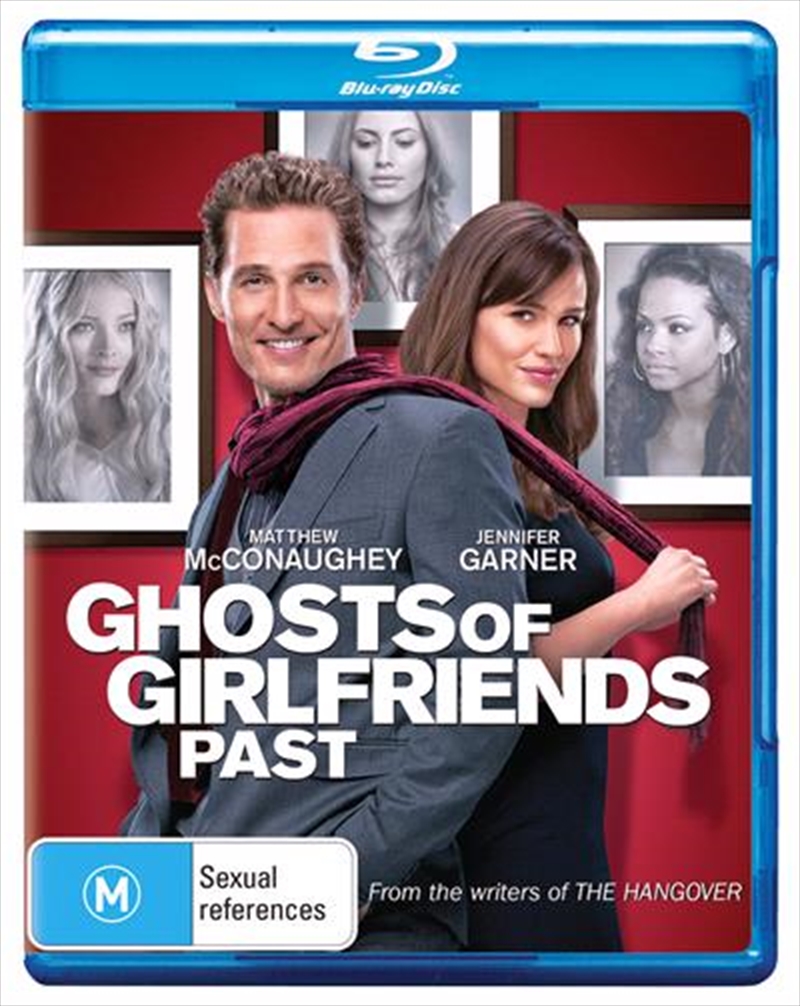 Ghosts Of Girlfriends Past

Want to click and collect? Check store availability
DESCRIPTION
Connor Mead (Matthew McConaughey) is a notorious photographer who has a bad boy reputation of loving beautiful women and dumping them when they fall in love with him. Beautiful models and celebrities flock to his studio to get their picture taken, usually in lingerie, and throw themselves at him. Conner is so overloaded with women that he has to breakup with three women at the same time during a conference call in front of his next prey. His brother Paul (Breckin Meyer) is about to get married, and Connor thinks he is making a terrible mistake. As an incorrigible bachelor, Connor loves his freedom more than ever settling down and loving only one woman. Connor tries to talk Paul out of getting married, and it looks like Connor is about to succeed. Then the night before the wedding, Connor is visited by three ghosts, who take him back to his past, present, and his lonely future. They try to discovery the point in time where Connors became this womanizing jerk. Maybe there is still time to change him into a sensitive, feeling, and caring person that he once was, and he may even find his true love.
TRAILER
DETAILS

Title: Ghosts Of Girlfriends Past