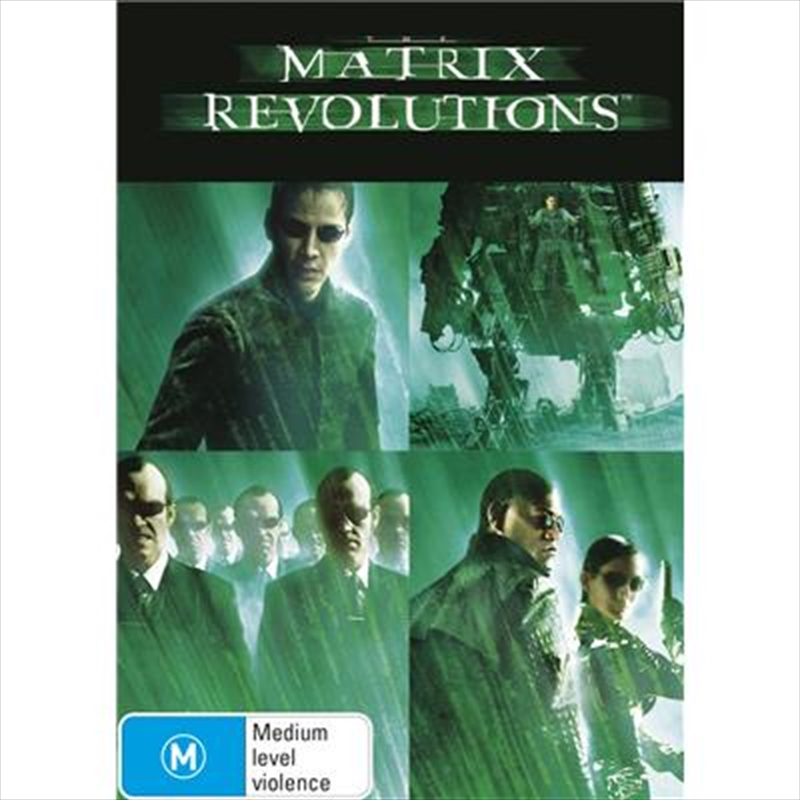 Shipping - See delivery options.
Postcode:
Quantity:
SEE MORE IN:
3 for $20 Movies & More The Matrix
DESCRIPTION
Everything that has a beginning has an end.

It is a dark time for the world. Neo is trapped in the "Train Station", between the Matrix and the Source. Zion is doomed to be crushed under an unstoppable army of countless Sentinels. But it is not only the human race that is in peril. The machines press ever onward against the humans, unaware that one force within the Matrix has slowly been growing, and has taken over that world completely: Smith. There is only one hope for both races, the one force that can stop Smith, and that is Neo. One final battle must ensue. And the outcome of this battle will decide the fate and future of both races. Stars: Keanu Reeves Hugo Weaving Laurence Fishburne Carrie-Anne Moss Jada Pinkett Smith.
DETAILS