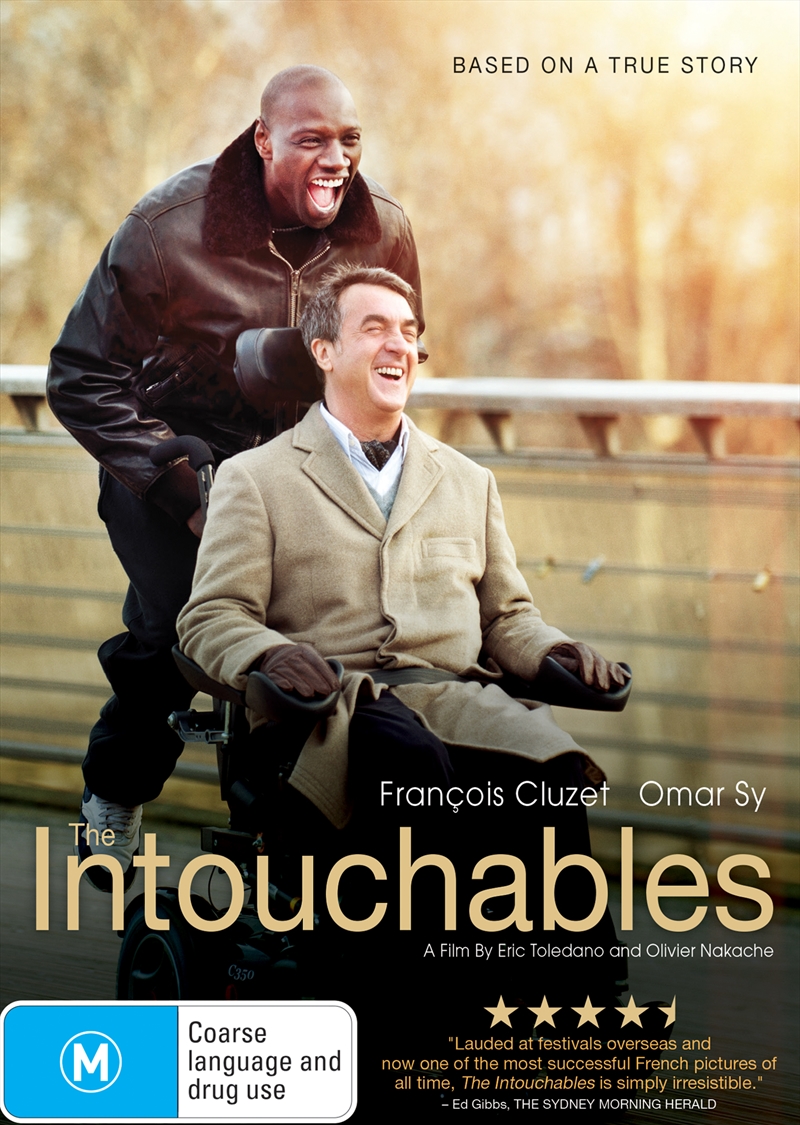 Shipping - See delivery options.
Postcode:
Quantity:
SEE MORE IN:
Feel Good Movies Movies & TV Clearance $5 Movies & TV Shows
DESCRIPTION
Sometimes you have to reach into someone else's world to find out what's missing in your own.

An irreverent, uplifting comedy about friendship, trust and human possibility, The Intouchables has broken box office records in its native France and across Europe. Based on a true story of friendship between a handicap millionaire and his street smart ex-con caretaker, The Intouchables depicts an unlikely camaraderie rooted in honesty and humor between two individuals who, on the surface, would seem to have nothing in common.
DETAILS