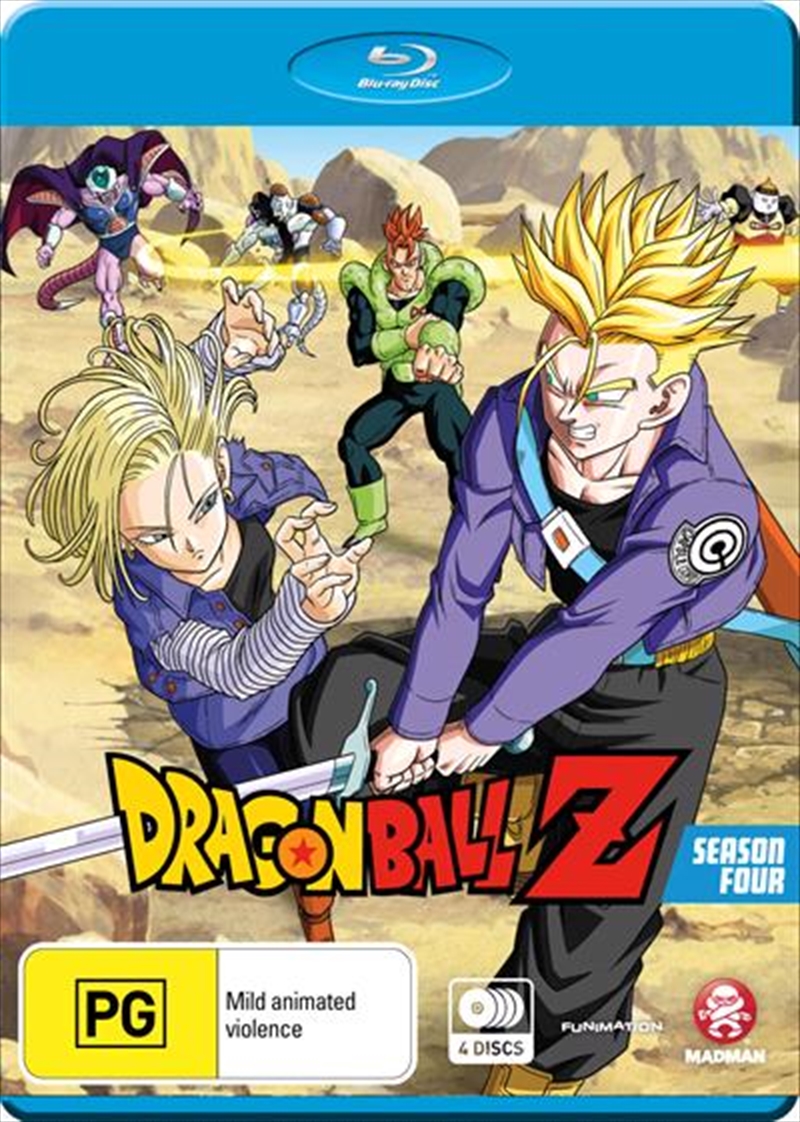 Having returned victorious from their battle with Frieza, the Z-fighters can at last breathe a collective sigh of relief... But they won't have long to rest. A new host of villains has appeared, ready to wreak havoc on the Earth - and Goku, the Z-Fighters' greatest hero, is still missing! In the face of these new dangers, a mysterious youth with Super Saiyan powers has come bearing a bleak prediction for the future: in just three years' time, an evil greater than any the Z-Fighters have ever faced will emerge to cast a shadow of destruction and despair over the Earth. If the young Saiyan's prediction is correct, the Z-Fighters will have to train like they have never trained before in order to have any hope against these seemingly unstoppable foes: the Androids! Contains the Complete Garlic Jr., Trunks, and Android sagas - 32 episodes - with revised English dialogue and original Japanese music.