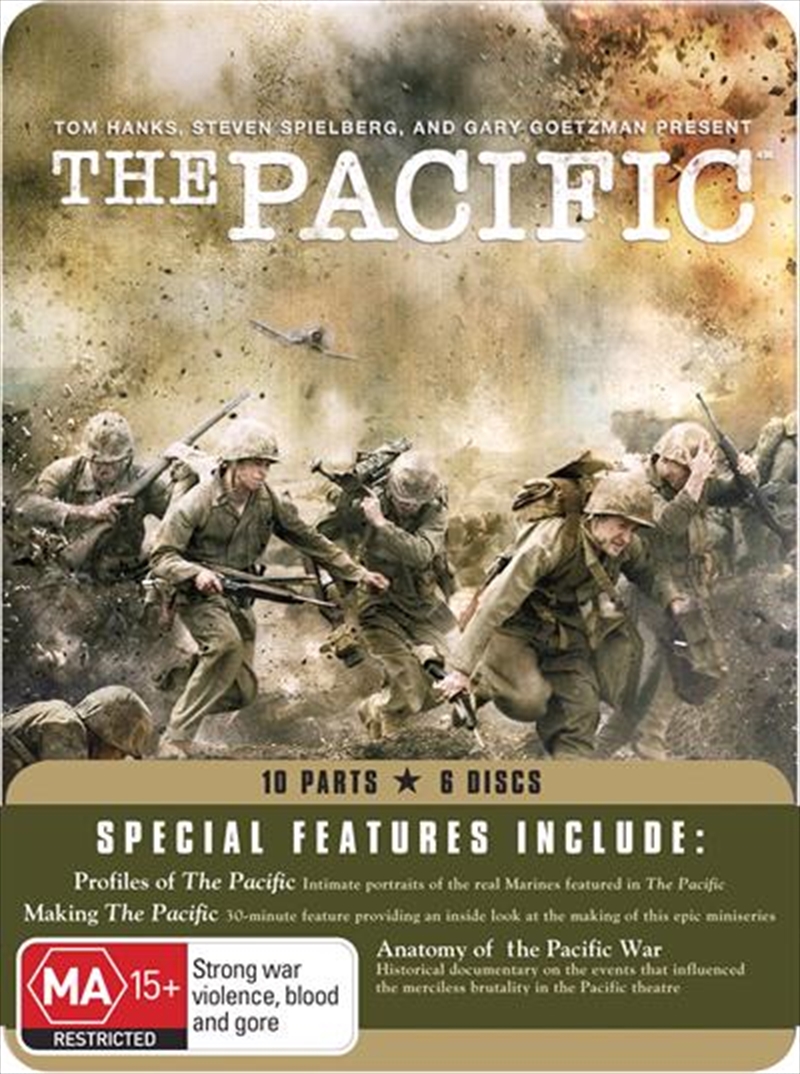 Shipping - See delivery options.
Postcode:
Quantity:
SEE MORE IN:
2 for $40 TV All 2 for $40 Cant Seem To Stream
DESCRIPTION
Hell was an ocean away.

From executive producers Tom Hanks, Steven Spielberg, and Gary Goetzman, The Pacific tracks the real-life journeys of three U.S. Marines Robert Leckie (James Badge Dale), Eugene Sledge (Joe Mazzello), and John Basilone (Jon Seda) across the vast canvas of the Pacific theatre during World War II. The miniseries follows these men and their fellow Marines from their first battle with the Japanese on Guadalcanal, through the rain forests of Cape Gloucester and the strongholds of Peleliu, across the bloody sands of Iwo Jima, through the horror of Okinawa, and finally to their triumphant but uneasy return home after V-J Day. The miniseries is based in part on the books Helmet for My Pillow by Robert Leckie, and With the Old Breed by Eugene B. Sledge, with additional material from Red Blood, Black Sand by Chuck Tatum, and China Marine by Eugene B. Sledge, as well as original interviews conducted by the filmmakers.
TRAILER
DETAILS