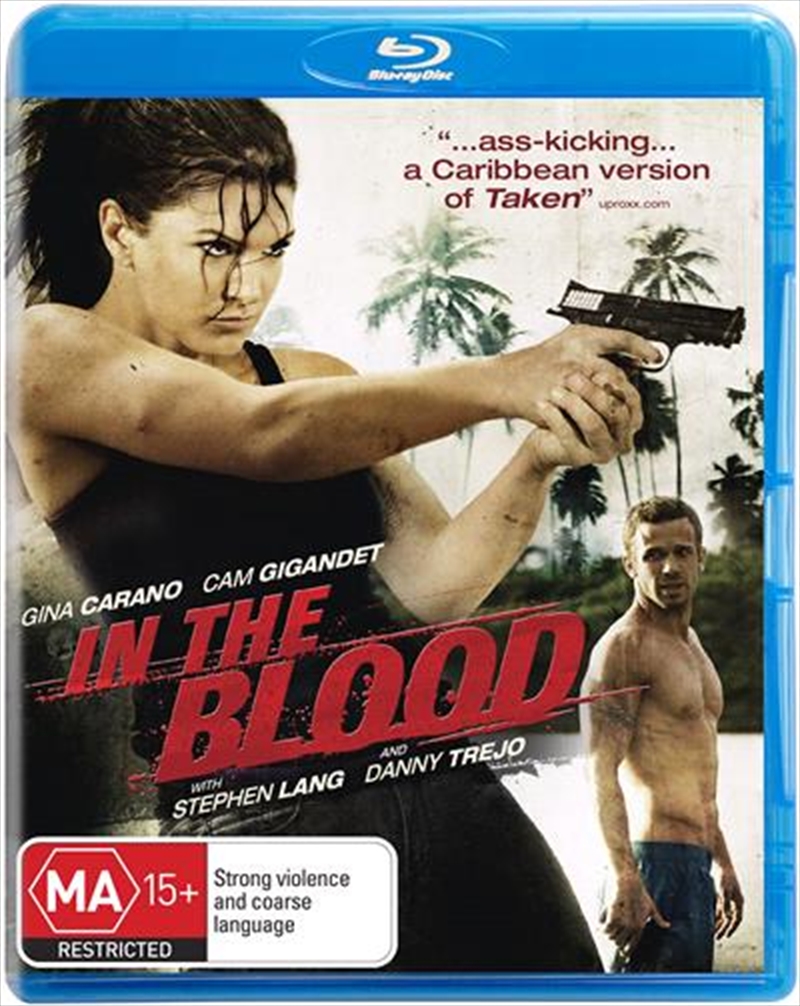 Shipping - See delivery options.
Postcode:
Quantity:
DESCRIPTION
One of the pioneers of women's cage-fighting is back in action. Gina Carano is no longer competing in the MMA but that hasn't stopped her kicking some ass in the action packed IN THE BLOOD. A newlywed whose husband disappears while honeymooning in the Caribbean, passionately and recklessly pursues the men she believes kidnapped and killed him. As she tracks down those responsible, she uncovers a deep conspiracy that becomes a trail of bloody revenge.
TRAILER
DETAILS

Title: In The Blood