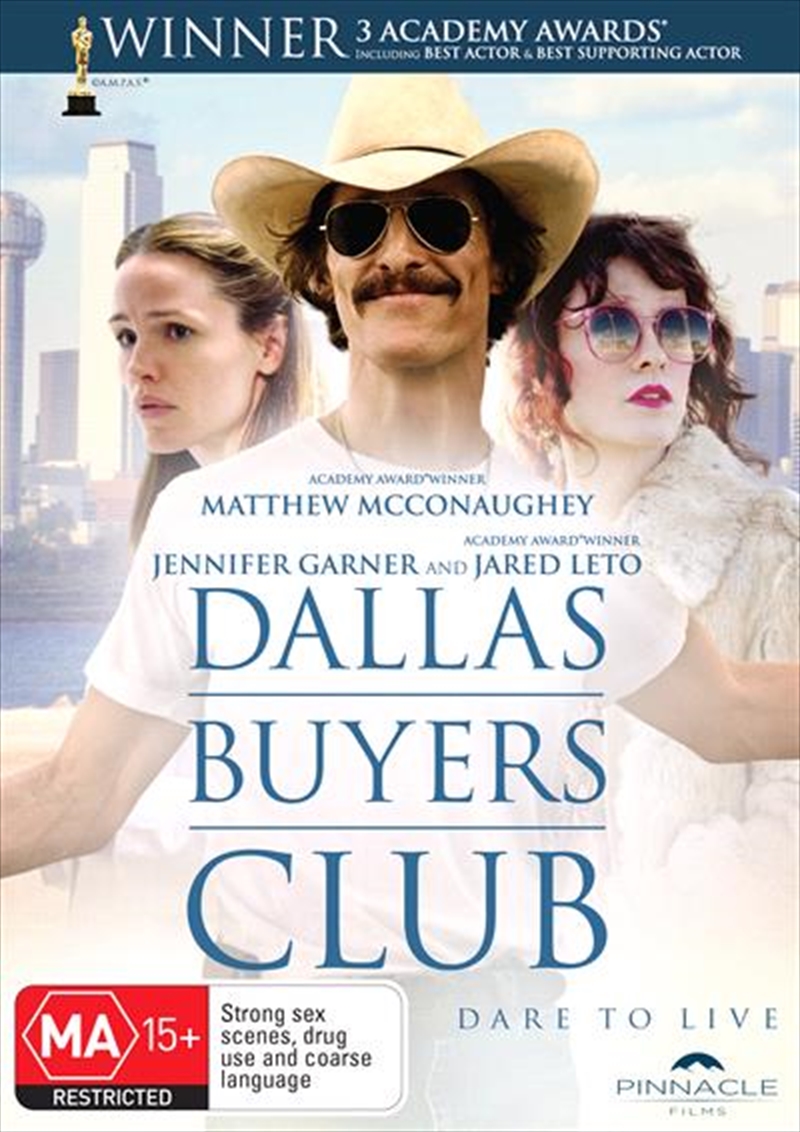 Matthew McConaughey stars in DALLAS BUYERS CLUB as Texas cowboy Ron Woodroof, whose free-wheeling life is overturned in 1985 when he is diagnosed as HIV-positive and given 30 days to live. Shunned and ostracized by many of his old friends, and bereft of government-approved medicines, Ron will not accept a death sentence and takes matters into his own hands by tracking down alternative treatments from all over the world through legal and illegal means. He finds an ally in fellow AIDS patient Rayon (Jared Leto) and together they challenge the medical and scientific community, including their concerned physician Dr Eve Saks (Jennifer Garner). Winner of three Academy Awards including Best Actor and Best Supporting Actor, DALLAS BUYERS CLUB is a unique story of the transformative power of resilience.
TRAILER
DETAILS