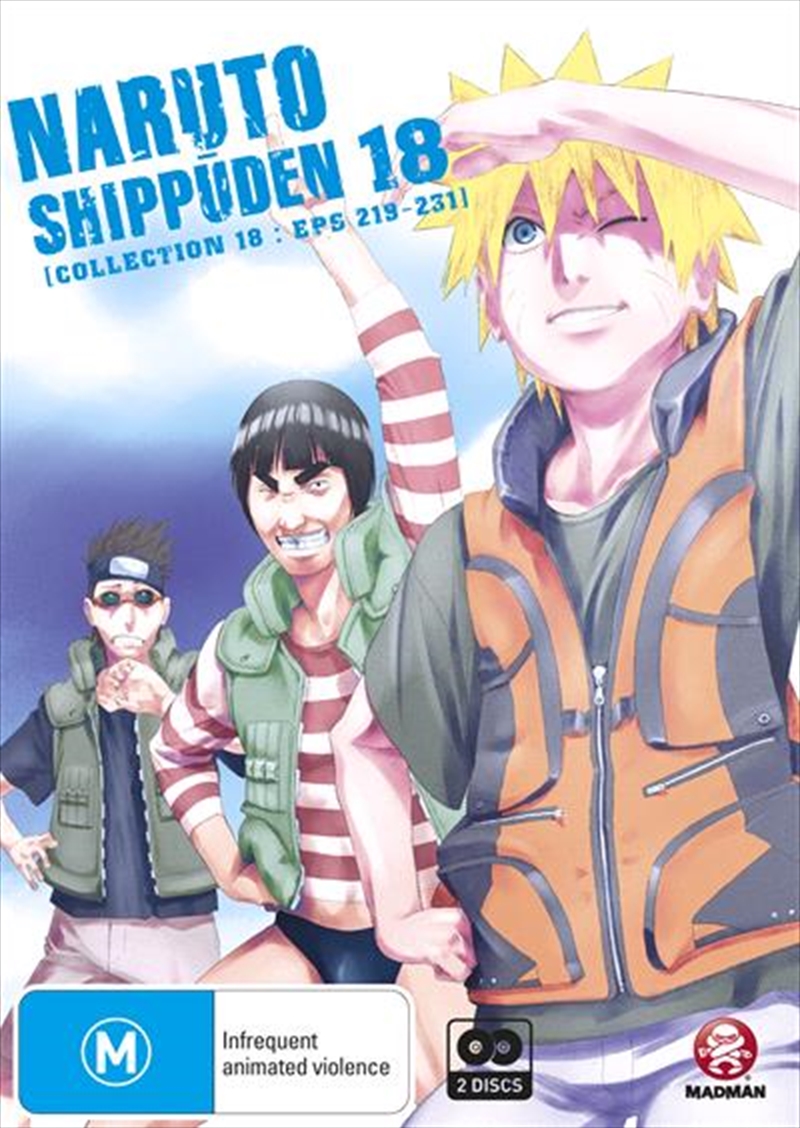 Naruto declares to his friends his intention to take on Sasuke by himself, while the Elders of the Leaf make a serious decision about who will fill the vacant seat of Hokage: Kakashi! In Mount Myoboku, Gerotora, Fukasaku and the Great Lord Elder debate whether or not to give Naruto the key to the Tetragram Seal that Gerotora holds, an act that could potentially unleash Nine Tails. Meanwhile, Tsunade recovers from her coma and, having grasped the situation, issues orders to prepare for war! Contains episodes 219-231.
TRAILER
DETAILS