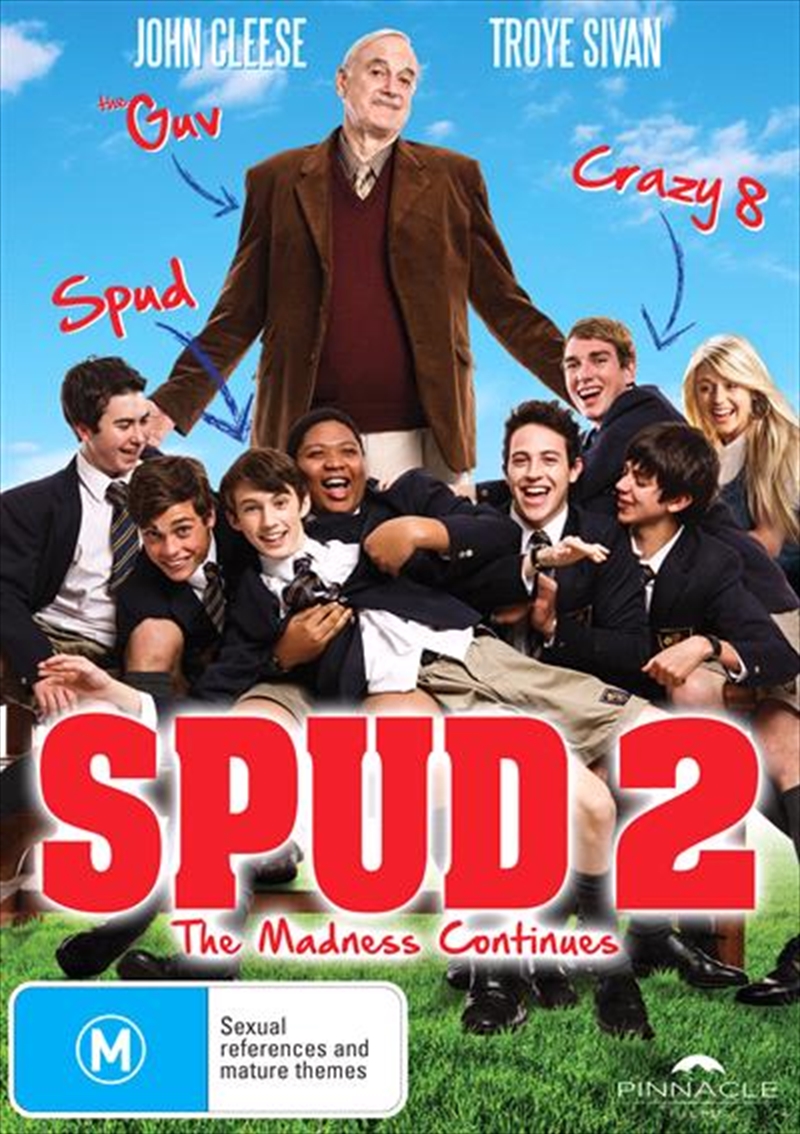 The year is 1991, and Spud Miltons (Troye Sivan) long walk to manhood is still creeping along at an unnervingly slow pace. Spuds coming to terms with the fact that he may well be a freak of nature, with a mother hell-bent on emigrating, a father making akilling out of selling homemade moonshine, along with a demented grandmother called Wombat. The new school year seems to offer little except extreme embarrassment, as girlfriend ambitions and dreams of a famous career on the stage end in tatters. On top of this, when his gang The Crazy 8 are threatened with expulsion, Spud and The Guv (John Cleese) join forces against a hostile housemaster. Hilarious and bitter-sweet, join Spud as he takes another tentative step forward while all around him.