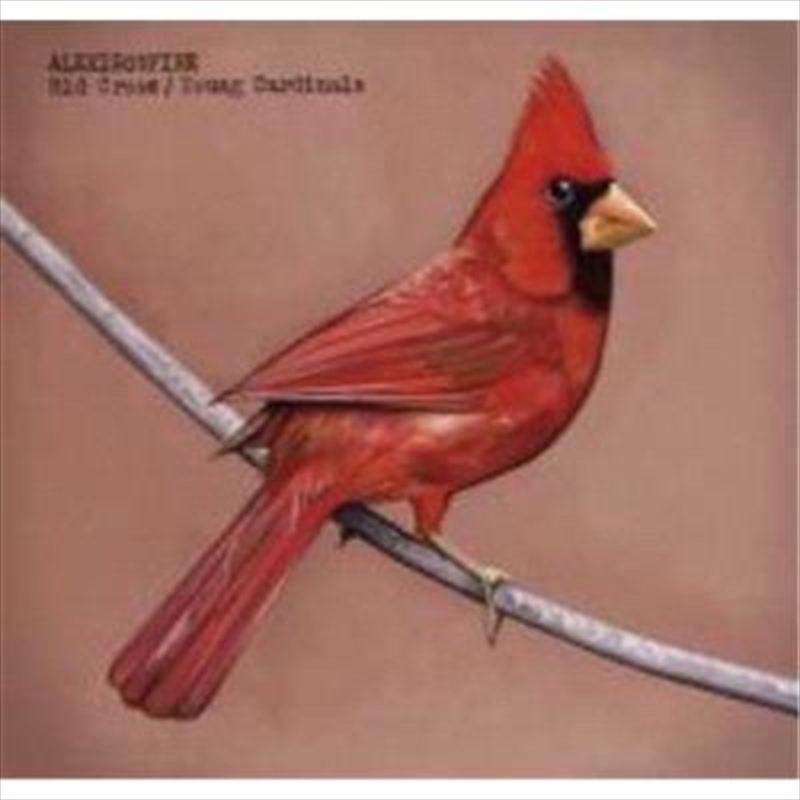 DESCRIPTION
For the new album, the St. Catharines, Ontario-based rock group re-teamed with Julius “Juice” Butty (Protest the Hero, City and Colour) to produce. Even more intense and focused than before, the sound here is bracingly rhythmic, shot through with a do-or-die vocal urgency and sharp harmonies.“OLD CROWS/YOUNG CARDINALS was built on the foundation of Crisis, musically it moves at a feverish pace,” explains singer Pettit. “The lyrics span from metaphysical rebellion, to living as a nomad. This album is the culmination of the history of our band. Personally, I feel it is our best record yet, but you get to be the judge of that.”This is music for both sides of your brain. In your left ear, the poignant and melodic vocals of Dallas, injected with the devilishly sweet phrasings of the axe-wielding Wade, speak of impulse and introspection. In your right ear, George offers the testimony of the tortured soul, syncopated power-scream vocals that energize and counterpoint—a couple of cartoon-character angels and devils sitting on your shoulders, offering 2 very different interpretations of the same musical message. Alexisonfire knows that the fans aren’t stupid. The fans know the real deal when they see it, and in the case of AOF, they seem to have told 2 friends, who told 2 friends, and so on. During the year that followed the release of the self-titled 2002 debut album, the band has shot into the spotlight like a streaker at an All-Star game: Gold Record certification in Canada for both debut and sophomore albums; 5 videos reaching Heavy rotation on MuchMusic, 2 MMVA awards; New Group of the Year at the 2005 Junos; album releases and major tours in Japan, Australia and the UK. This may all sound like SOP for an up-and-coming rock ensemble, but this is a band that often describes its music as “the sound of two Catholic high-school girls in mid-knife-fight”. This hasn’t happened before. Nobody is more aware of this fact than the St. Catharines’ natives. Taking it all in stride, they remain guile-less, affable, and capable of equal amounts of sarcasm and self-deprecation. And with the new album “Crisis”, Alexisonfire have, dare we say it, matured.With songs ranging in subject matter from the Blizzard of 1977 which paralyzed portions of the Niagara and Northern New York region, to disenfranchised steadfast employees, the album on a whole embodies a much darker theme. AOF attributes this to traveling around the world the last couple of years then coming back home and seeing things without rose coloured glasses.As for writing the album, the process was much more “rhythmically liberal” than anything the band’s ever worked on. There was no format, no formula. Alexisonfire wasn’t concerned with making a “hit” or following any “rules”, just creating songs that the greater sum of each part loved to play live. They wanted to create songs that were anthemic. They wanted to play songs that hit kids in the chest. This translated into the mindset the band took into the studio. AOF stripped everything down and learned to write and record a record that captures the essence of the band’s live sound, without looping or overdubs or layers.
DETAILS

Heading For The Sun