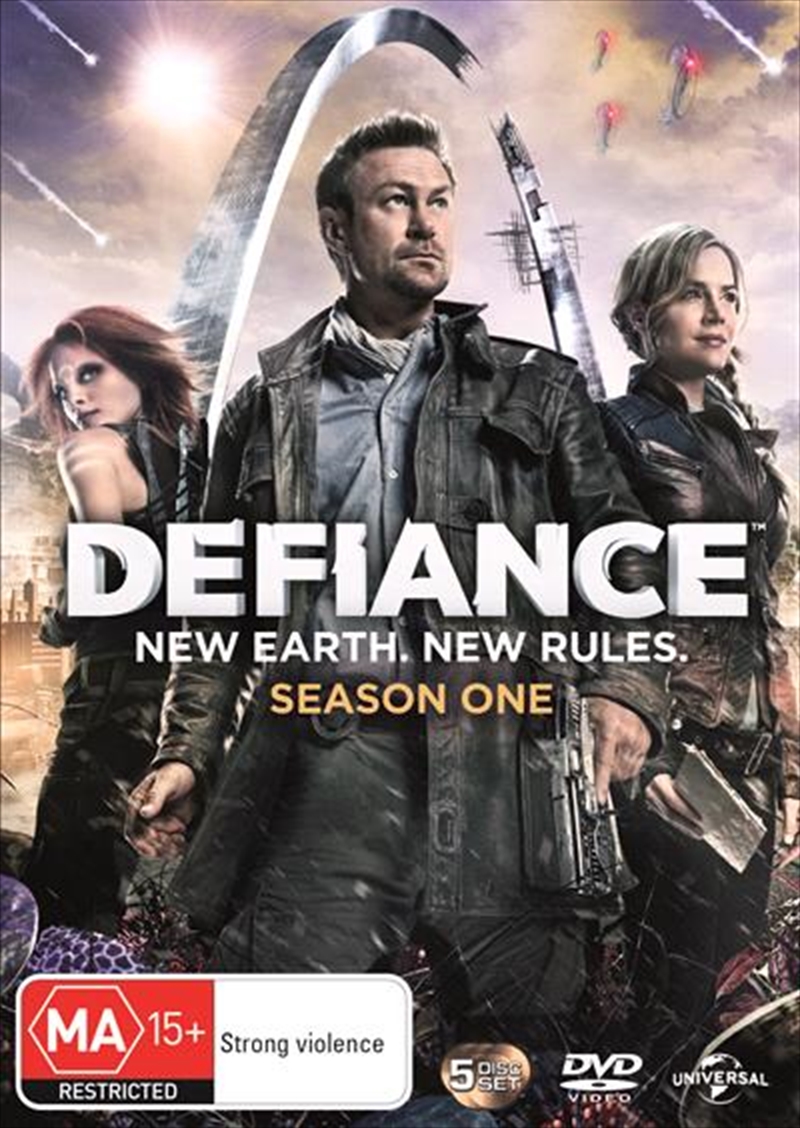 The story begins in the year 2046: Earth has been radically transformed, causing changes in topography, the extinction of plant and animal species, and the emergence of new species. The series follows Joshua Nolan (Grant Bowler) and his adopted Irathient daughter Irisa (Stephanie Leonidas), who have put down roots in Defiance, acity-state community where humans and several extraterrestrial races, collectively known as Votans, coexist over the partially re-built ruins of St. Louis.
DETAILS