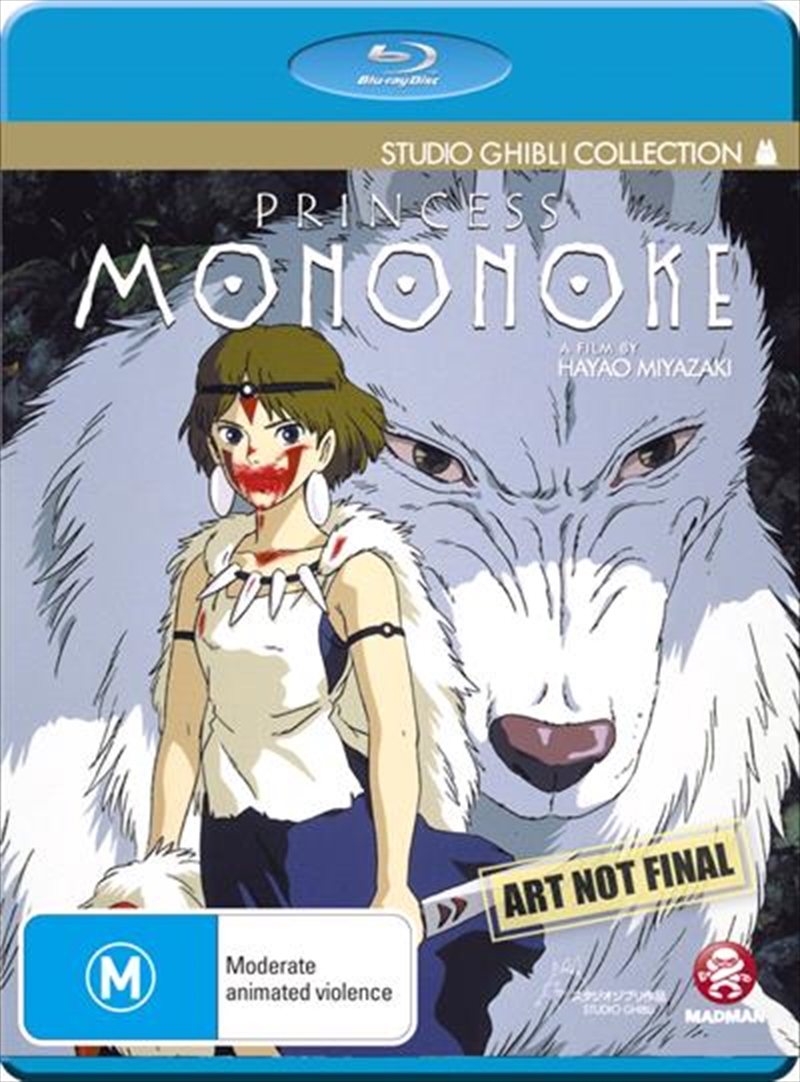 Shipping - See delivery options.
Postcode:
Quantity:
SEE MORE IN:
Studio Ghibli
DESCRIPTION
The march of technology, embodied in the dark iron forges of the ambitious Tatara clan, threatens the natural forces explicit in the benevolent Great God of the Forest and the wide-eyed, spectral spirits he protects. When Ashitaka, a young warrior from a remote, and endangered, village clan, kills a ravenous, boar-like monster, he discovers the beast is in fact an infectious "demon god", transformed by human anger.
Inflicted with its deadly curse, a young warrior sets out to the forests of the west in search of the cure that will save his life. Once there, he becomes inextricably entangled in a bitter battle that matches Lady Eboshi and a proud clan of humans against the forest's animal gods, who are led by the brave Princess Mononoke, a young woman raised by wolves.
TRAILER
DETAILS