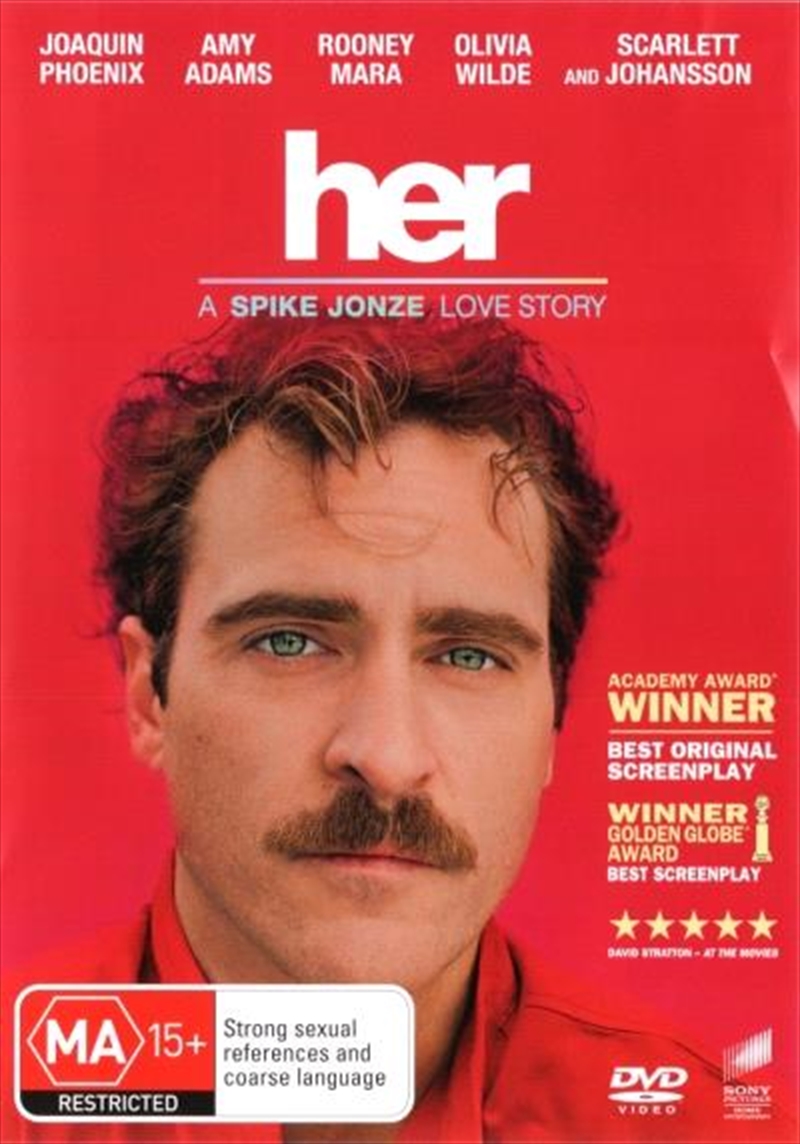 Shipping - See delivery options.
Postcode:
Quantity:
SEE MORE IN:
3 for $20 Movies & More Valentine's Day 2022 Gift Ideas
DESCRIPTION
Set in the Los Angeles of the slight future, Her follows Theodore Twombly, a complex, soulful man who makes his living writing touching, personal letters for other people. Heartbroken after the end of a long relationship, he becomes intrigued with a new, advanced operating system which promises to be an intuitive entity in its own right, individual to each user. Upon initiating it, he is delighted to meet Samantha, a bright, female voice, who is insightful, sensitive and surprisingly funny. As her needs and desires grow in tandem with his own, their friendship deepens into an eventual love for each other. From the unique perspective of Oscar-nominated filmmaker Spike Jonze (Best Director, Being John Malkovich, 1999) comes an original love story that explores the evolving natureand the risksof intimacy in the modern world.
TRAILER
DETAILS