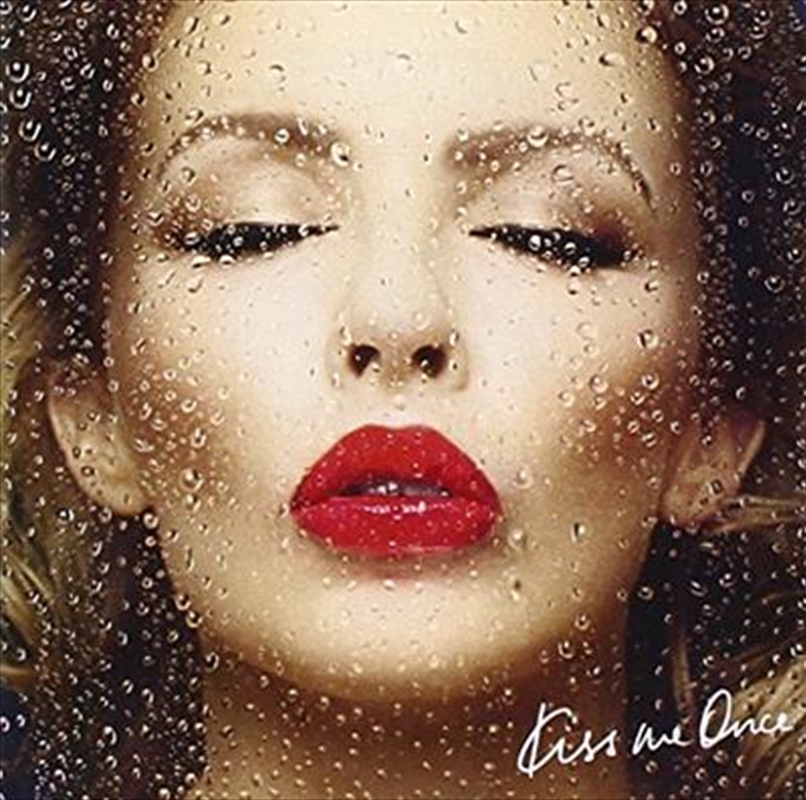 Shipping - See delivery options.
Postcode:
Quantity:
SEE MORE IN:
Kylie Minogue
Australia’s favorite pop princess is back with her twelfth studio album Kiss Me Once which will be released on March 14. The album is Kylie’s first since signing to Roc Nation Management and was executive produced by Kylie and Sia, who co-wrote the title track. Kylie spent 2013 recording her new album in both the US and the UK with a host of producers including, Pharrell who wrote and produced ‘I Was Gonna Cancel’, MNEK (Rudimental) on ‘Feels So Good’, and Ariel Rechtshaid (Charli XCX, Haim) on ‘If Only’.

Title: Kiss Me Once

3. I Was Gonna Cancel