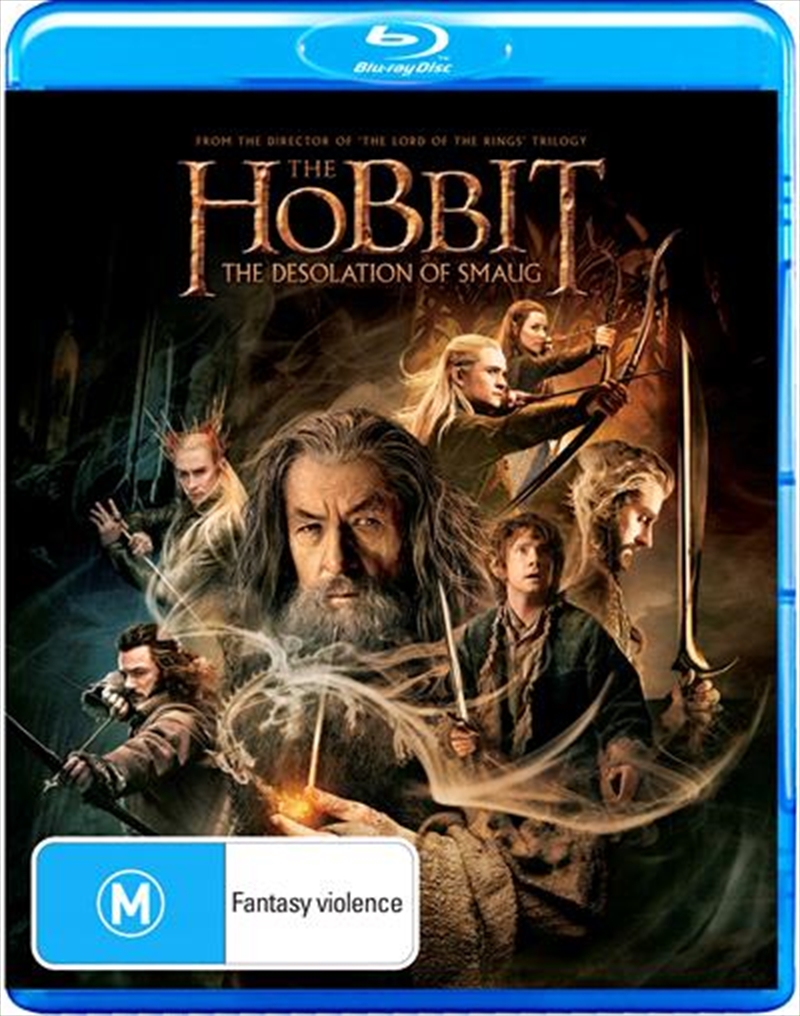 Shipping - See delivery options.
Postcode:
Quantity:
SEE MORE IN:
The Hobbit $5 Movies & More All of Middle Earth Cant Seem To Stream
Beyond darkness... beyond desolation... lies the greatest danger of all.

The dwarves, along with Bilbo Baggins and Gandalf the Grey, continue their quest to reclaim Erebor, their homeland, from Smaug. Bilbo Baggins is in possession of a mysterious and magical ring. The second of three epic instalments in director Peter Jackson's blockbuster prequel to 'The Lord of the Rings' trilogy. Set in Middle-Earth 60 years before events in 'The Lord of the Rings', the story follows the adventures of Hobbit Bilbo Baggins (Martin Freeman), who, at the instigation of the wizard Gandalf (Ian McKellen), suddenly finds himself co-opted into joining a company of 13 Dwarves led by Thorin Oakenshield (Richard Armitage) to help reclaim the lost kingdom of the Lonely Mountain from the clutches of Smaug the dragon (voice of Benedict Cumberbatch). In this film, while Gandalf heads south on his own, Bilbo, Thorin and the Dwarves enter the treacherous Mirkwood Forest on their way to the mountain. When they reach Lake-town Bilbo will have to perform the role he was assigned at the start of the quest - to find a secret door that will lead him to the lair of the dragon...