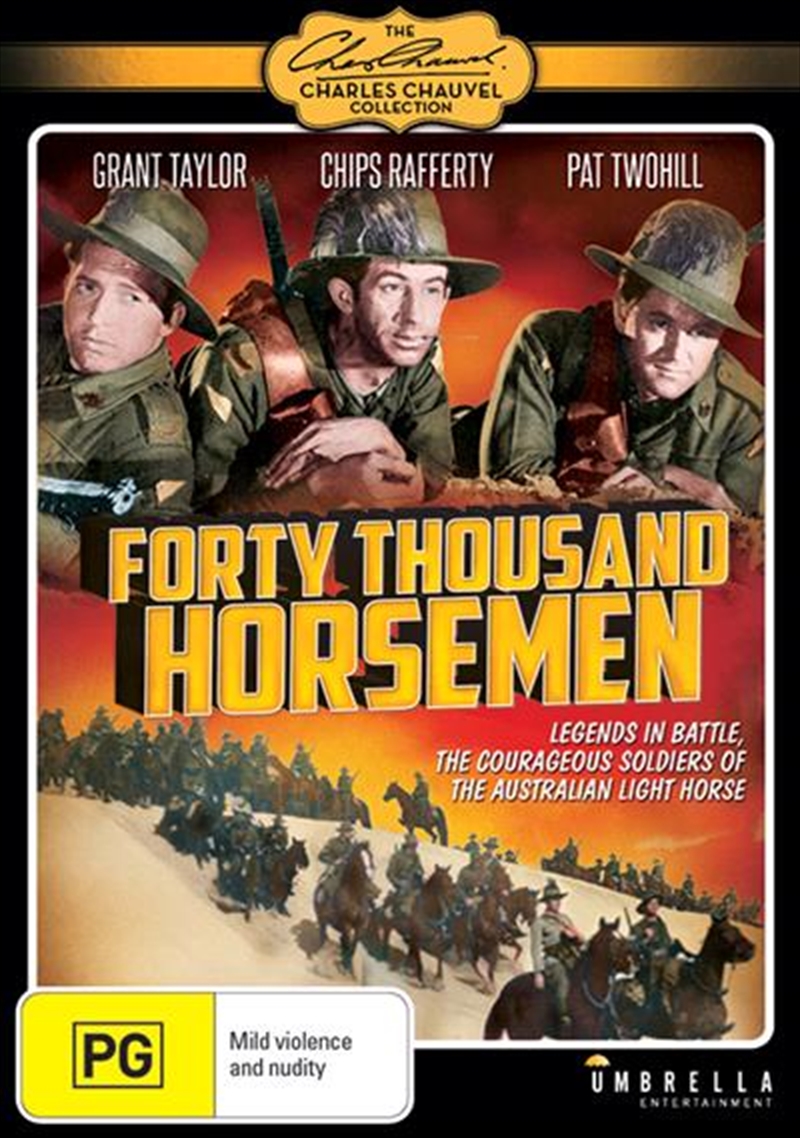 Shipping - See delivery options.
Postcode:
Quantity:
Charles Chauvel's 1940 cinematic tribute to the mounted troops of the Australian Light Horse regiments is a rousing call to arms, giving life to the heroic tales of mateship during the Great War. Best mates Red Gallagher (Grant Taylor), Jim (Chips Rafferty) and Larry (Pat Twohill) face a challenging time as soldiers in 1916. Stationed in Egypt with the promise of grand adventure, all they seem to manage is casual mischief in the Cairo nightclubs. But when German-backed Turkish forces attack British outposts in the Sinai desert, the soldiers climb into the saddle as mounted troops of the Australian Light Horse, participating in a fierce battle at Romani and on to Gaza. With fellow soldiers falling to the enemy, Red and his colleagues must overcome the odds and find the courage to contemplate one final charge a deadly assault across open ground to Beersheba. A masterful achievement of sight and sound, Chauvel staged the epic charge with 500 active members of the Light Horse and captured their dynamic assault with camera work by legendary cinematographers such as John Heyer, Tasman Higgins, Frank Hurley, Bert Nicholas and Damien Parer. Fully restored and presented in a brand new transfer, Forty Thousand Horsemen documents a most remarkable era of Australian wartime history.