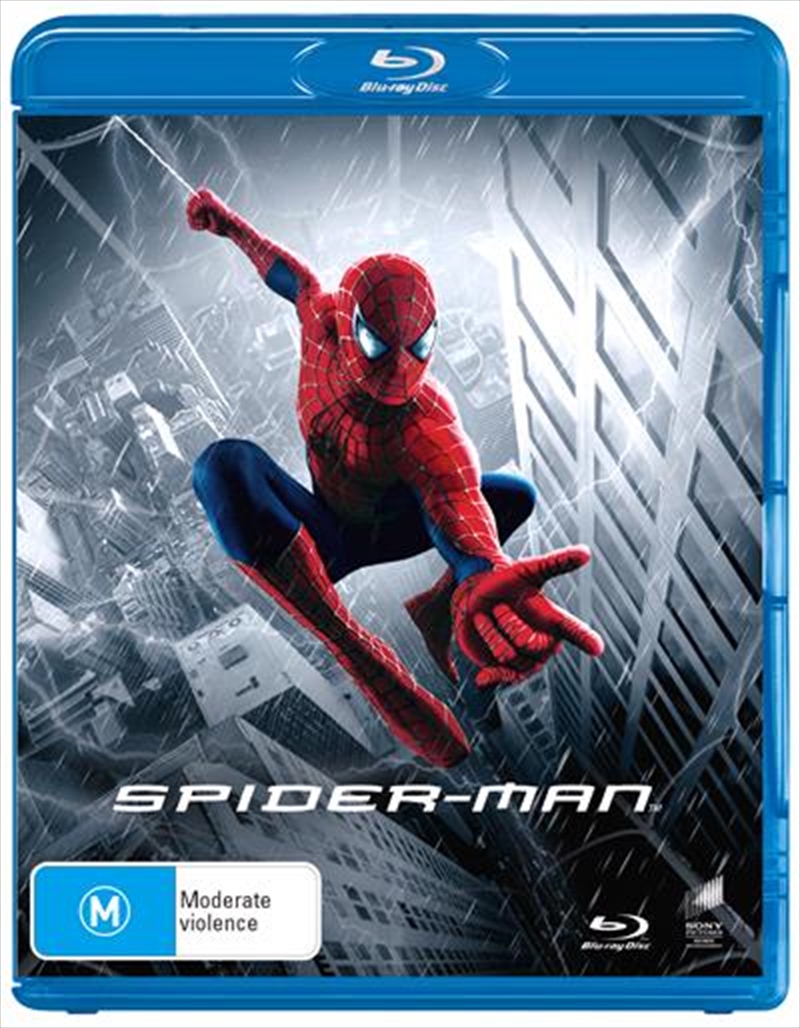 Peter Parker was a shy, quiet teenager until he was bitten by a genetically altered spider. Now, with heightened senses and incredible new abilities, he's become the amazing Spider-Man.Go for the ultimate spin as the comic book legend comes to life with Tobey Maguire (from WONDER BOYS), Kirsten Dunst (from BRING IT ON) and Willem Dafoe (from PLATOON) starring in director Sam Raimi's (THE GIFT, THE EVIL DEAD) action-packed, world-wide box office smash!
DETAILS