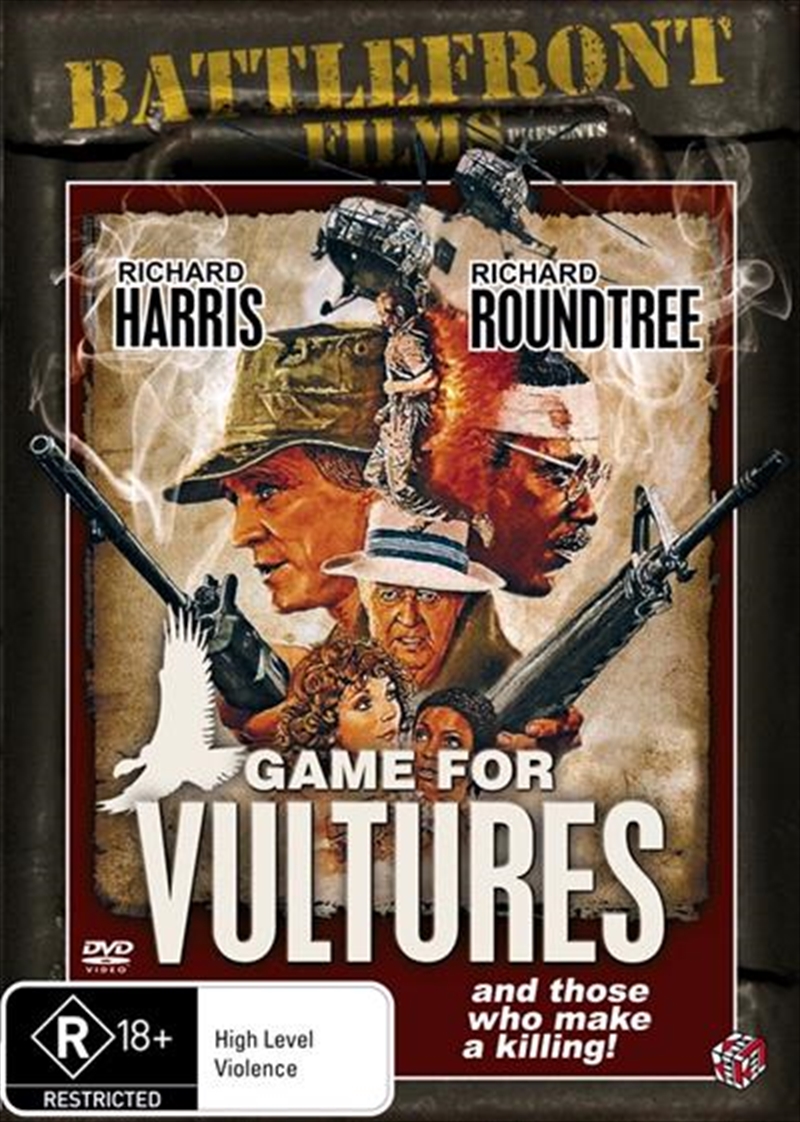 Shipping - See delivery options.
Postcode:
Quantity:
SEE MORE IN:
4 for $50 DVD, Blu-ray & More Cant Seem To Stream
In every war there are those who kill... and those who make a killing!

The South African businessman David Swansey is delivering illegal German helicopters to Rhodesia. That makes the patriot Gideon Marunga an angry man. Set against the backdrop of an African terrorist war, A Game for Vultures is the tough action-packed story of two men from opposite worlds who collide in a conflict of ideals - David Swansey (Richard Harris), a white African patriot whose business activities abroad take in sanction-busting for his native land, and Gideon Marunga (Richard Roundtree), a fierce black freedom-fighter who pacifism and sensitivity have been hardened by the realities of the conflict in which he is fighting. A furious and uncomprimising battle of wits begins between the two men, a game of 'cat and mouse' that stretches across Europe and Africa, with each embracing his own beliefs until the bitter end in this adventure story of high level conspiracy and unyielding commitment.