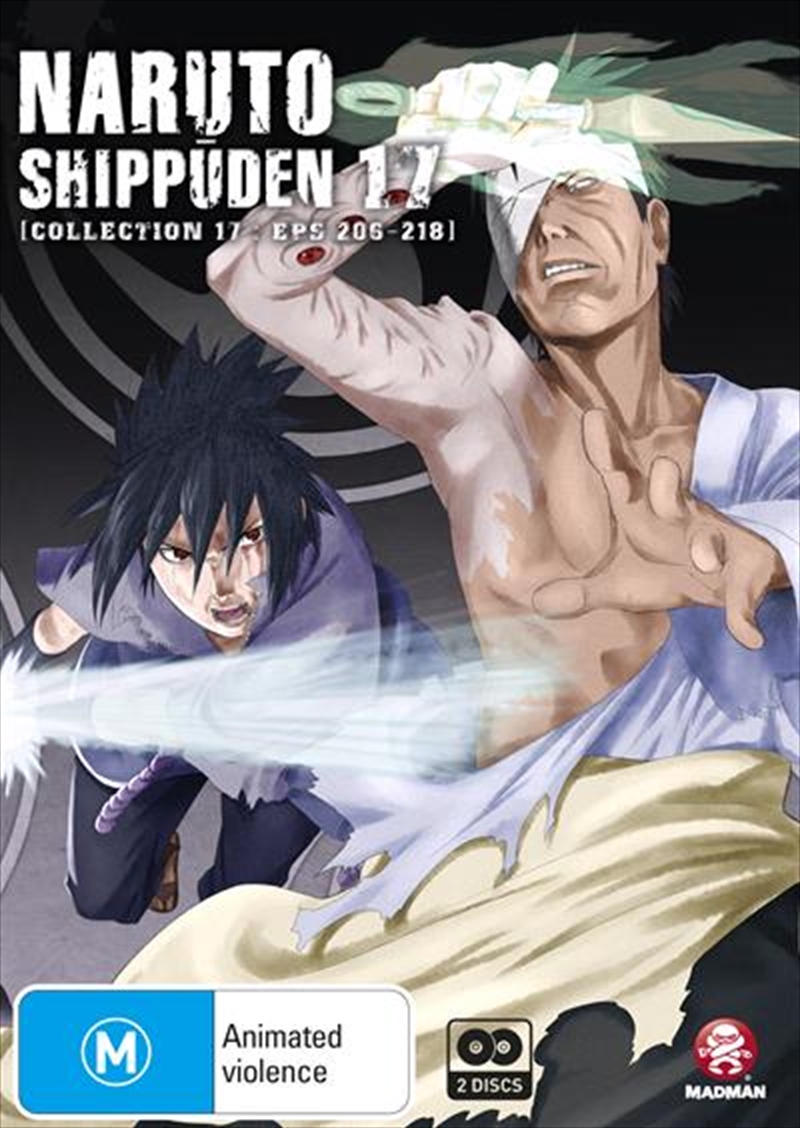 DESCRIPTION
The truth about The Destruction of the Uchiha Clan, Revealed.

Madara has declared war on the shinobi world! The Kage unite to form the Allied Shinobi Forces with the Raikage as their leader. While the villages prepare for battle, Sakura forms a team to go after Sasuke, secretly planning to take him out herself! But Sasuke has his own plans, and his confrontation with Danzo confirms the truth about the destruction of the Uchiha Clan. Where once he plotted revenge against his brother, Sasuke now turns his anger toward the Leaf Village, and only one person has any chance of changing his mind: Naruto! Contains episodes 206-218.
TRAILER
DETAILS