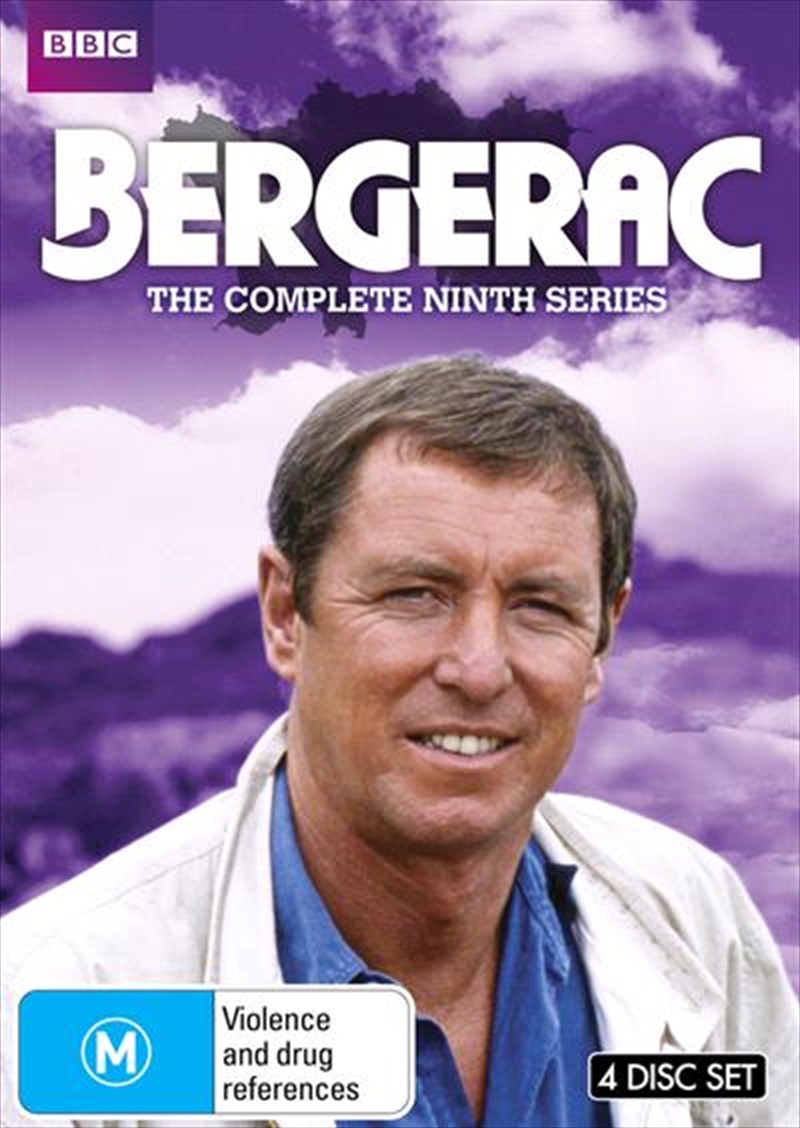 Handsome, blue-eyed and brooding, maverick cop Detective Sergeant Jim Bergerac of Jersey's Bureau des trangers is one of television's most popular detectives. In the final series, has Jim turned his back on detective work forever? It looks that way as we find him enjoying an idyllic life tending the vines at Danielle's farm. Of' course, it only takes a puzzling case and the familiar voice of Charlie Hungerford to bring him to his senses. Not that he's completely welcomed back to Jersey. Inspector Deffand, the new Bureau Chief, resents his interference and the island's criminals seem to be lining up to take on the ex-cop. With adventures in Jersey, Brittany, Provence and England, Jim is soon up to his neck in intrigue and danger Combining action with atmosphere, and spectacle with suspense, BERGERAC launched John Nettles to international stardom for 9 series, leading him to another long-running role as D.C.I. Barnaby in MIDSOMER MURDERS. For the first time, all 10 uncut episodes from the final series arrive on DVD, plus the 1991 feature-length Christmas Special, a documentary on the series featuring new interviews with the cast, and a bonus episode of the comedy series The Detectives with John Nettles playing his Bergerac role.