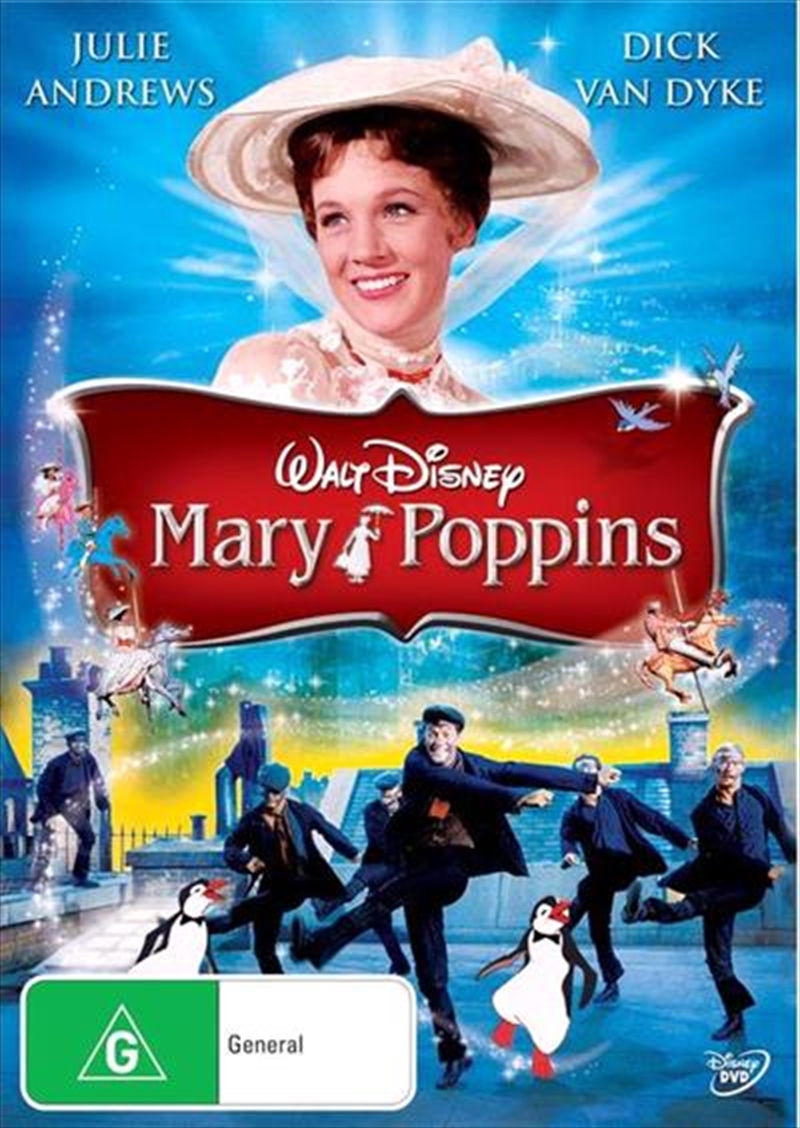 With the stirring opening strains of its Oscar-winning score and our first glimpse of London from high above the clouds, this timeless family classic begins to works its magic Nominated for 13 Academy Awards including Best Picture, and the winner of 5 Oscars including Best Actress (Julie Andrews as the lovable, practically perfect nanny), Best Song and Best Visual Effects, Mary Poppins is as fresh and fun today as when Walt Disney first presented it to spellbound audience worldwide. And now, this musical master piece is better than ever before, because the DVD includes bonus features that turn every viewing into a Jolly Holiday! Fully restored to its original brilliance, this digitally remastered version celebrates the star-making performance, dazzling special effects and animation, and award-winning music that make Mary Poppins irresistible.
TRAILER
DETAILS