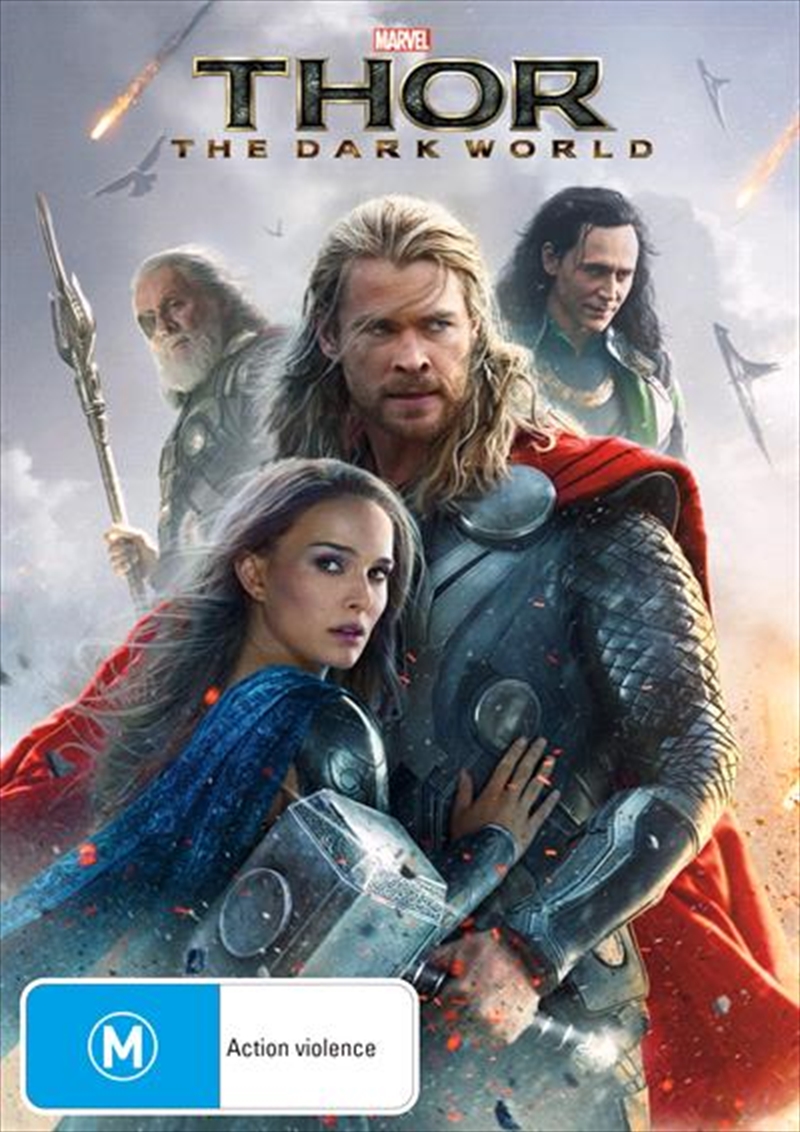 Shipping - See delivery options.
Postcode:
Quantity:
SEE MORE IN:
Marvel Movies 3 for $30 Movies & More Thor Everything Avengers 3 for $30 Marvel
DESCRIPTION
Action adventure sequel which sees Chris Hemsworth reprise his role as the Marvel Comics superhero Thor, based on the mythical Norse God of Thunder. After the events of 'Marvel Avengers Assemble' (2012), Earth and the Nine Realms come under attack from the powerful Malekith (Christopher Eccleston) and his age-old army that have existed since even before the creation of the universe. With the enemy proving near impossible to defeat, Thor approaches his adoptive brother Loki (Tom Hiddleston) for help, despite his villainous past. Meanwhile, the hero becomes reacquainted with the woman he loves, astrophysicist Jane Foster (Natalie Portman), and takes her to Asgard in an attempt to protect her from harm.
TRAILER
DETAILS