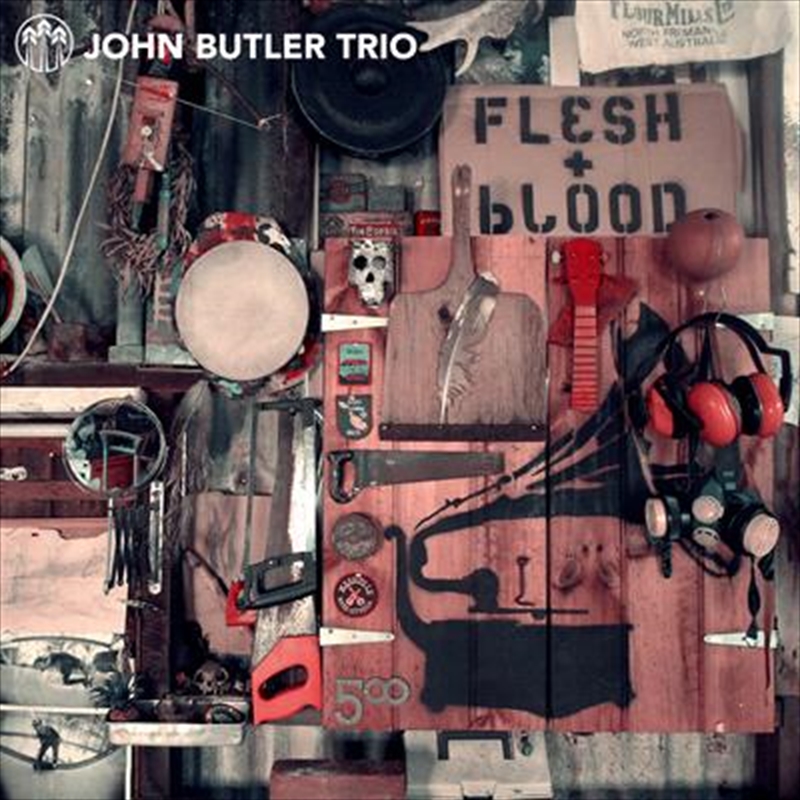 Shipping - See delivery options.
Postcode:
Quantity:
'Flesh & Blood', the sixth studio album from John Butler Trio, was recorded in John's studio 'The Compound' in Fremantle, Western Australia, with Jan Skubiszewski (Way Of The Eagle) in the producer's chair. "Working with Jan was everything I hoped for and more," Butler says. " I really loved his musicianship, ideas, communication skills and the sounds he was pulling. His suggestions were always spot on and he really became the fourth member of the band. His experience with the wide variety of music he's made and produced was just perfect for the eclectic band we are."

'Flesh & Blood' captures the John Butler Trio working up old strengths and finding new ones even at a time of change. For fans, there is much to take from this, their sixth album. "I hope they go on a journey with it or take it with them on a journey.” Butler reflects. " I hope it can be the soundtrack for some cool moments in their life and some shit moments in their life and I hope it can be there for them at the ebb of their energy wave and at the crest of it. In the loud times and the quiet times. That would be nice, and I think that's what all good art's done for me. It's been there for me, in one way, or another."

Livin' In The City

Blame It On Me

Now You Sleep At Night