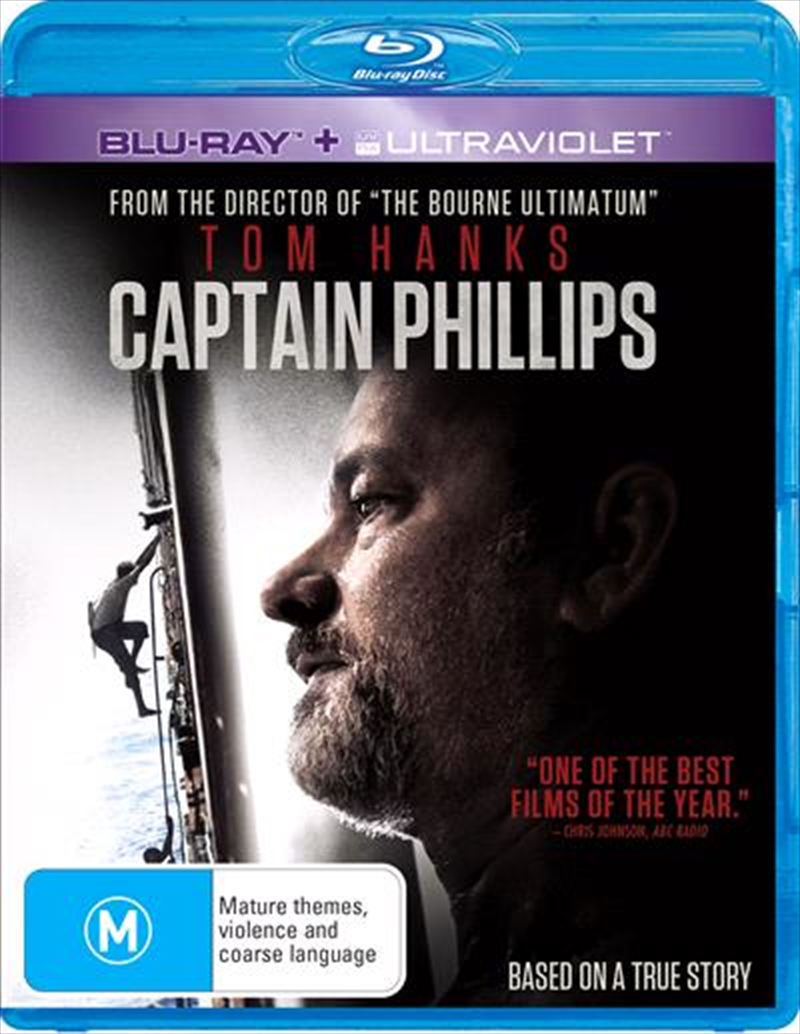 Captain Phillips is director Paul Greengrass's multi-layered examination of the 2009 hijacking of the U.S. container ship Maersk Alabama by a crew of Somali pirates. It is through Greengrass's distinctive lens, simultaneously a pulse-pounding thriller and a complex portrait of the myriad effects of globalization. The film focuses on the collision course off the coast of Somalia between the Alabama's commanding officer, Captain Richard Phillips (two time Academy Award winner Tom Hanks), and his Somali counterpart, Muse (Barkhad Abdi). The film is directed by Academy Award nominee Paul Greengrass, from a screenplay by Billy Ray, based upon the book, A Captain's Duty: Somali Pirates, Navy SEALs, and Dangerous Days at Sea, by Richard Phillips with Stephan Talty. The film is produced by Scott Rudin, Dana Brunetti, and Michael De Luca
TRAILER
DETAILS