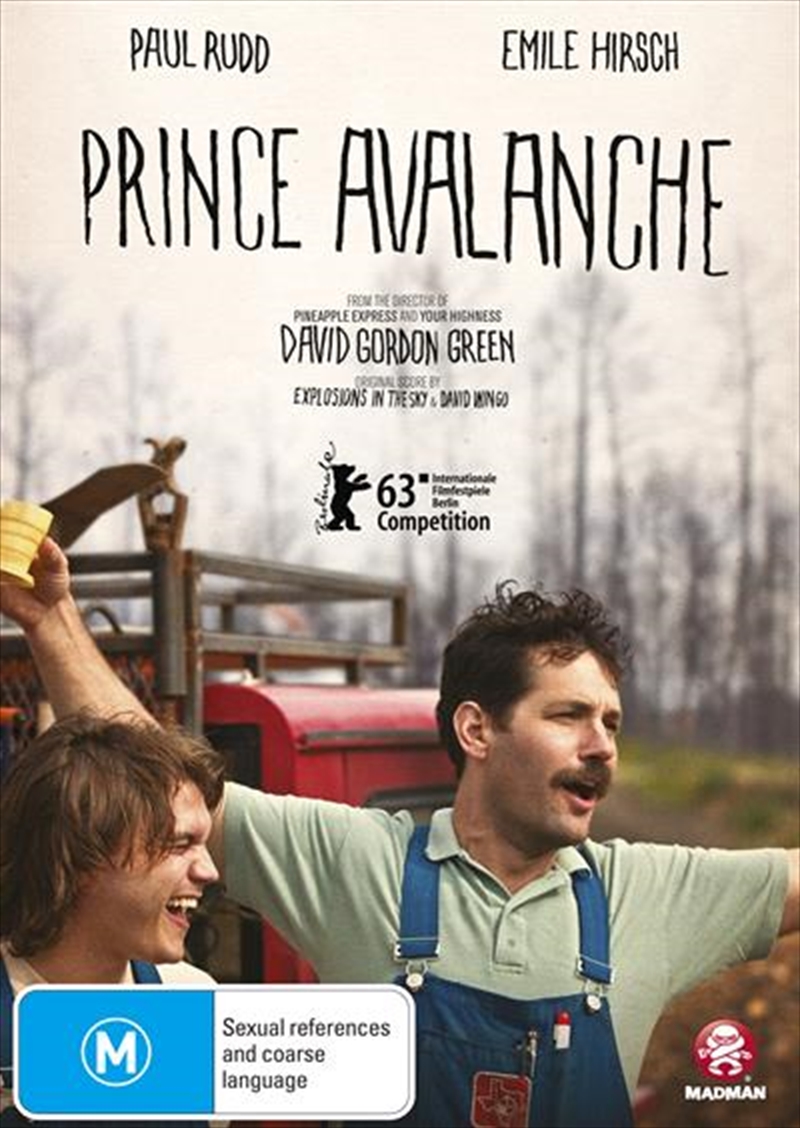 From director David Gordon Green comes PRINCE AVALANCHE, a refreshingly genuine, often absurdist, exploration in male bonding. An odd couple of sorts, Alvin (Paul Rudd), meditative and stern, and his girlfriends brother Lance (Emile Hirsch), dopey and insecure, leave the city behind to spend the summer in solitude repainting traffic lines down the center of a country highway ravaged by wildfire. As the two begin their gradual journey across the landscape, swapping stories and butting heads, what unfolds is a humorous yet moving examination of an unlikely friendship.