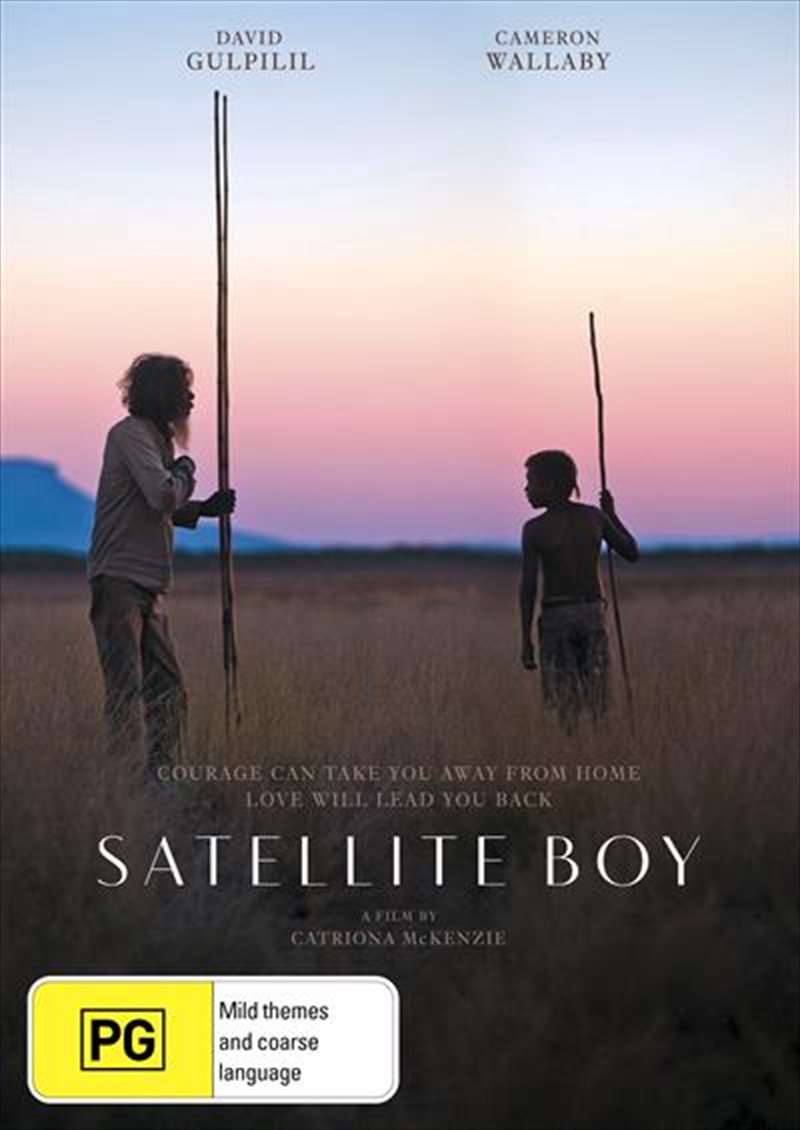 Shipping - See delivery options.
Postcode:
Quantity:
SEE MORE IN:
Australian Movies Movies & TV Clearance Movie Clearance Sale $5 Movies & TV Shows
Catriona McKenzie's directorial feature debut is a heartfelt, moving and uplifting story about a young boy's journey to save his home and ultimately himself. Satellite Boy follows Pete, a 12 year old Aboriginal boy who lives with his elderly grandfather, Old Jagamarra (Gulpilil). Home is the abandoned outdoor cinema in the outback town of Wyndham. When it is threatened with demolition, Pete sees his world in jeopardy and sets off for the city. He is joined by his friend Kalmain, who has his own reasons for leaving town. Together the boys travel through epic and stunning Kimberley country and when they get lost in the bush, Pete has to remember some of the old Aboriginal bush skills his grandfather taught him for them to survive.