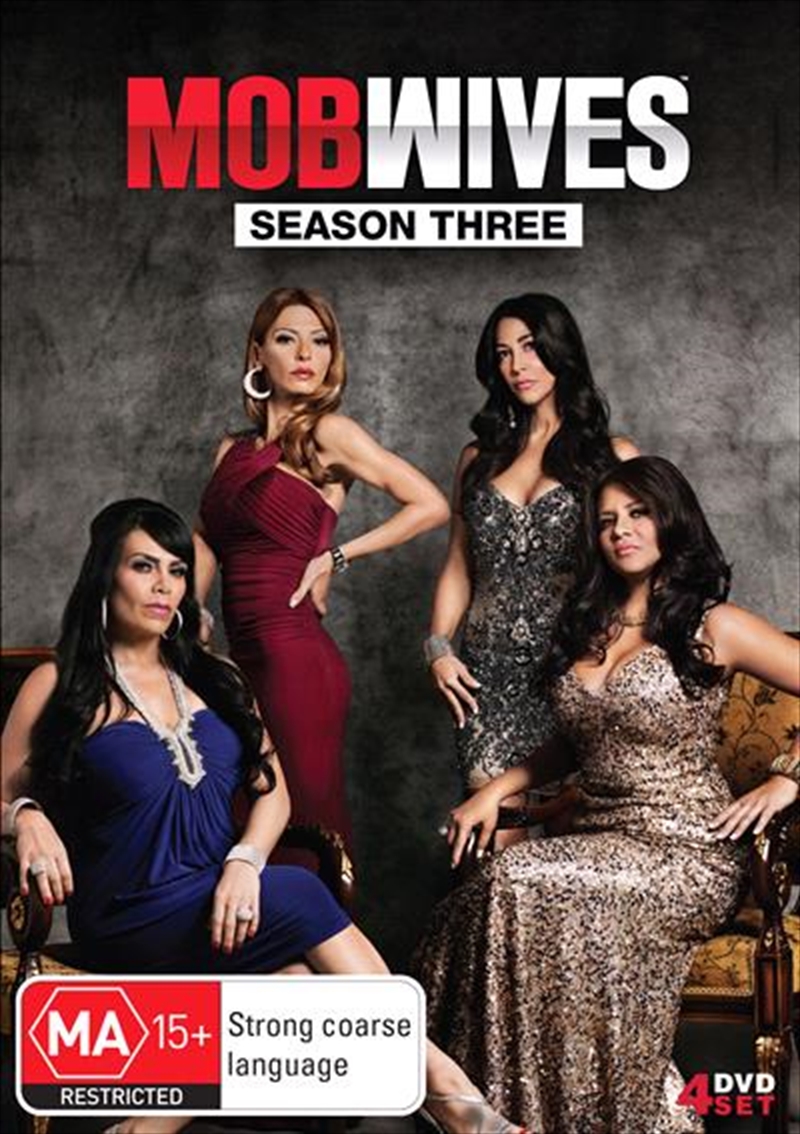 Shipping - See delivery options.
Postcode:
Quantity:
SEE MORE IN:
2 for $40 TV All 2 for $40
DESCRIPTION
The real life story of four women who are married to the mob.

Season 3 of Mob Wives picks up with the women trying to move on in several different ways. In the wake of ex-husband Juniors betrayal, Renee battles an ongoing secret. Big Ang copes with the fall out from her sons drug rehabilitation and final sentencing. Drita learns that her husband, Lee, is going to be released from jail and is forced to consider the consequences. When Lee returns to town, Drita is pushed to choose -- is she willing to let Lee back into their home and into her heart? Or will she follow through with the divorce? Will all their dreams be derailed once again?
DETAILS