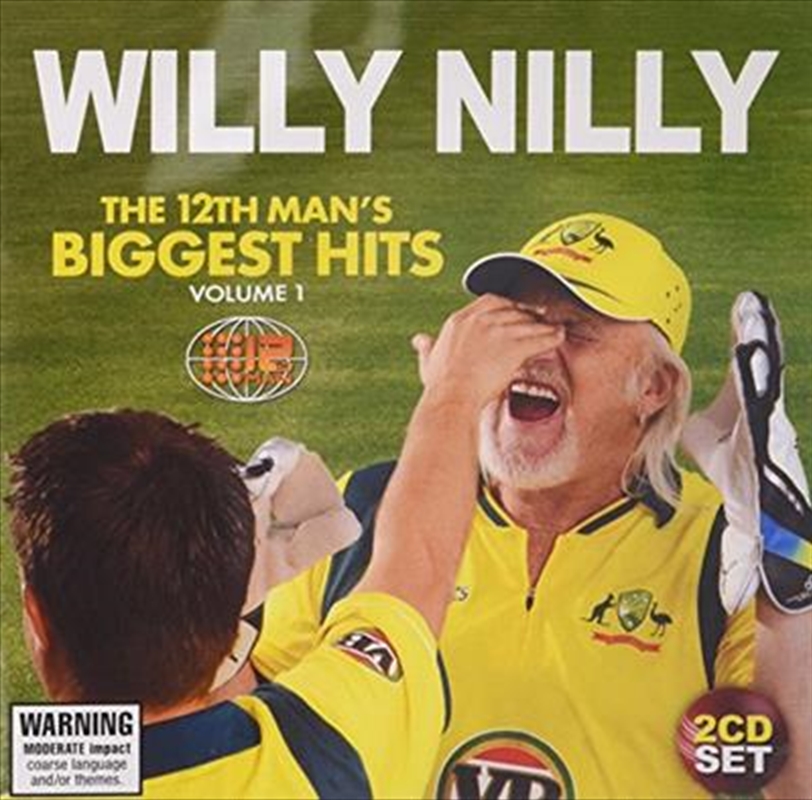 Shipping - See delivery options.
Postcode:
Quantity:
In a career spanning more than 30 years, Billy Birmingham’s comedy creation – The 12th Man – has become one of the most successful spoken-word recording artists in the world, with sales in excess of two million albums in Australia alone, the 12th man is the only Australian recording artist in history to have seven consecutive number one albums on the aria charts. He is a multi-ARIA Award winner, including the most prestigious ARIA for highest selling album of the year.

It seems fair to ask – where else but in Australia could someone achieve that level of success with a series of non-musical recordings that take the mickey out of sport? In what country, other than Australia, could a spoken-word recording artist spend over 30 years at the top of the album charts, right alongside the Barneseys, Farneseys, Kylies, Oils, Madonnas, Chisels, U2s and other international music royalty. It says a lot about Australia really – but no one knows exactly what!

The 12th man’s much loved comedy masterpieces have mainly focused on cricketing and commentating legend Richie Benaud and his fellow Channel Nine cricket commentators, but his ‘Wired World of Sports’ albums also feature a menagerie of sports presenters and sportspeople from around the globe. Into their collective mouths, Birmingham has put words their mothers would probably have washed out with soap, as well as quips, comments, twists, stumbles, asides and observations that a commentator would never, ever dream of unleashing anywhere near a microphone. Such has the 12th man cult become over the years that many of his most inspiring utterances have become part of the language. Kids hurl them across playgrounds, adults across workplaces and sporting fields.

3. Chappelli’s Plays of the Month

7. Straight Down his Throat