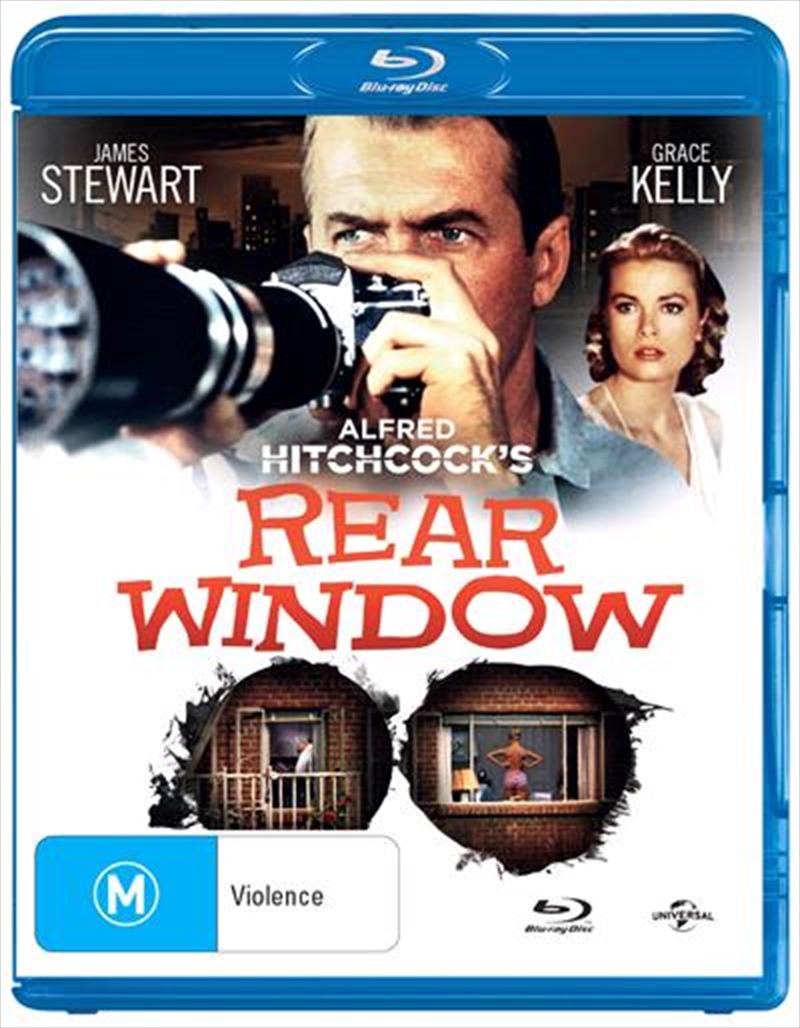 Shipping - See delivery options.
Postcode:
Quantity:
None of Hitchcock's films has ever given a clearer view of his genius for suspense than Rear Window. When professional photographer J.B. "Jeff" Jeffries (James Stewart) is confined to a wheelchair with a broken leg, he becomes obsessed with watching the private dramas of his neighbours play out across the courtyard. When he suspects a salesman may have murdered his nagging girlfriend, Jeffries enlists the help of his glamorous socialite girlfriend (Grace Kelly) to investigate the highly suspicious chain of events... Events that ultimately lead to one of the most memorable and gripping endings in all of film history.