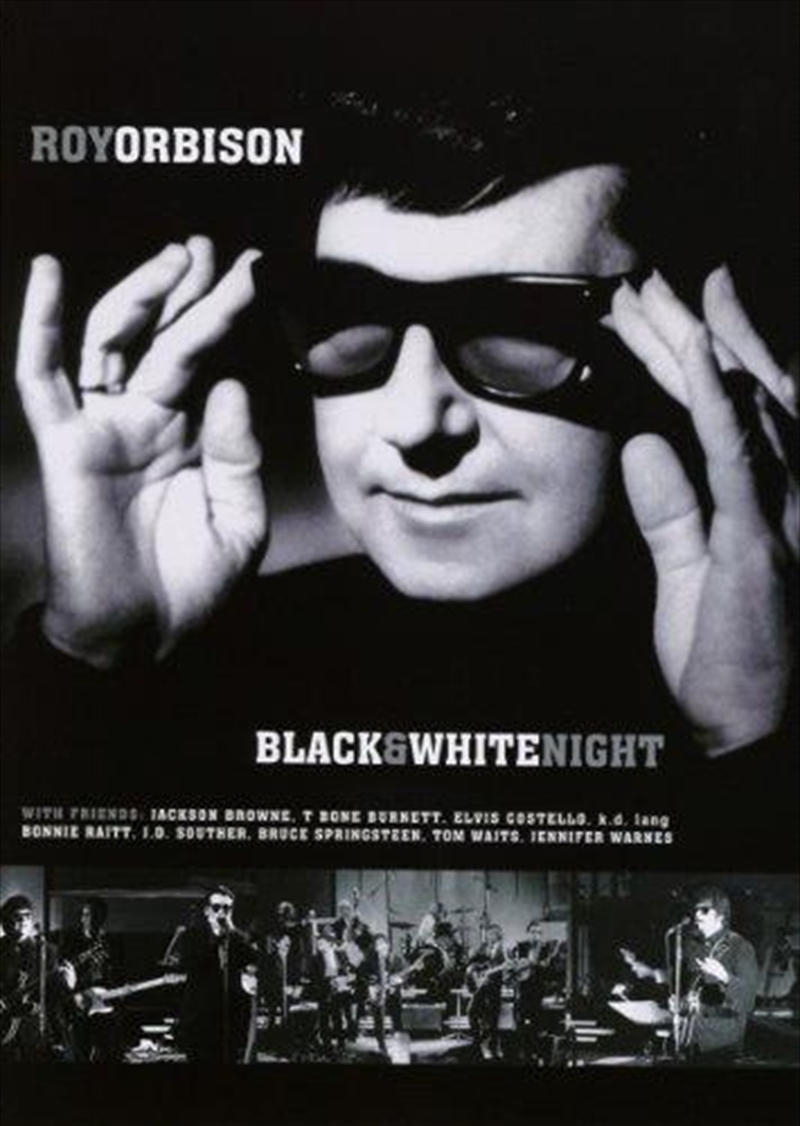 Shipping - See delivery options.
Postcode:
Quantity:
SEE MORE IN:
2 for $40 Music
Orbison's lilting voice and haunting melodies have influenced a great many of today's most talented musicians, and you'll find many of them performing in this historical music event in his honour. This program feature T-Bone Burnett as musical director, and Orbison backed by the fabulous "Billion Dollar Band", which includes Burnett, Jackson Browne, Elvis Costello, k.d Lang, Bonnie Raitt, J.D. Southern, Bruce Springsteen, Tom Waits, and Jennifer Warnes. The result is an amazing musical experience, with 17 songs that run the gambit of Orbison's greatest hits.

The best Roy Orbison live disc ever released! From the soundtrack of the HBO concert, ‘Roy Orbison and Friends,’ BLACK AND WHITE NIGHT S features outstanding performances from Roy and his VIP guests, including Bruce Springsteen, Elvis Costello, Bonnie Raitt and T Bone Burnett, plus many others.

Dream Baby (how Long Must I Dream)

(all I Can Do Is) Dream You