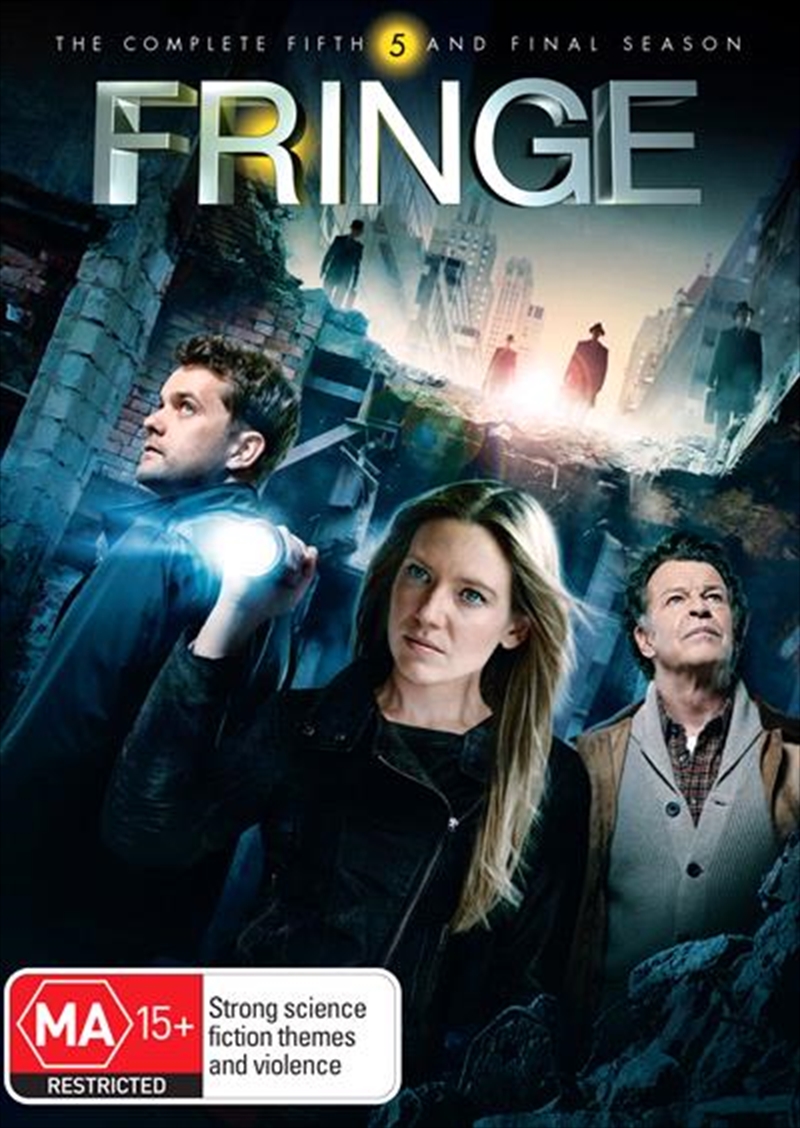 A television drama centered around a female FBI agent who is forced to work with an institutionalized scientist in order to rationalize a brewing storm of unexplained phenomena. In the final season, the Fringe team tries to take back the planet from the Observers in the year 2036. All episodes from the fifth and final season of the sci-fi television drama, co-created by J.J. Abrams, following a team investigating cases of strange phenomena that exist on the fringes of science. In this season, which takes place in a dystopian world in the year 2036, the Fringe team attempt to carry out a plan to defeat the Observers but sacrifices will have to be made if they are to succeed. The episodes comprise: 'Transilience Thought Unifier Model-11', 'In Absentia', 'The Recordist', 'The Bullet That Saved the World', 'An Origin Story', 'Through the Looking Glass and What Walter Found There', 'Five-Twenty-Ten', 'The Human Kind', 'Black Blotter', 'Anomaly XB-6783746', 'The Boy Must Live', 'Liberty' and 'An Enemy Fate'.
DETAILS