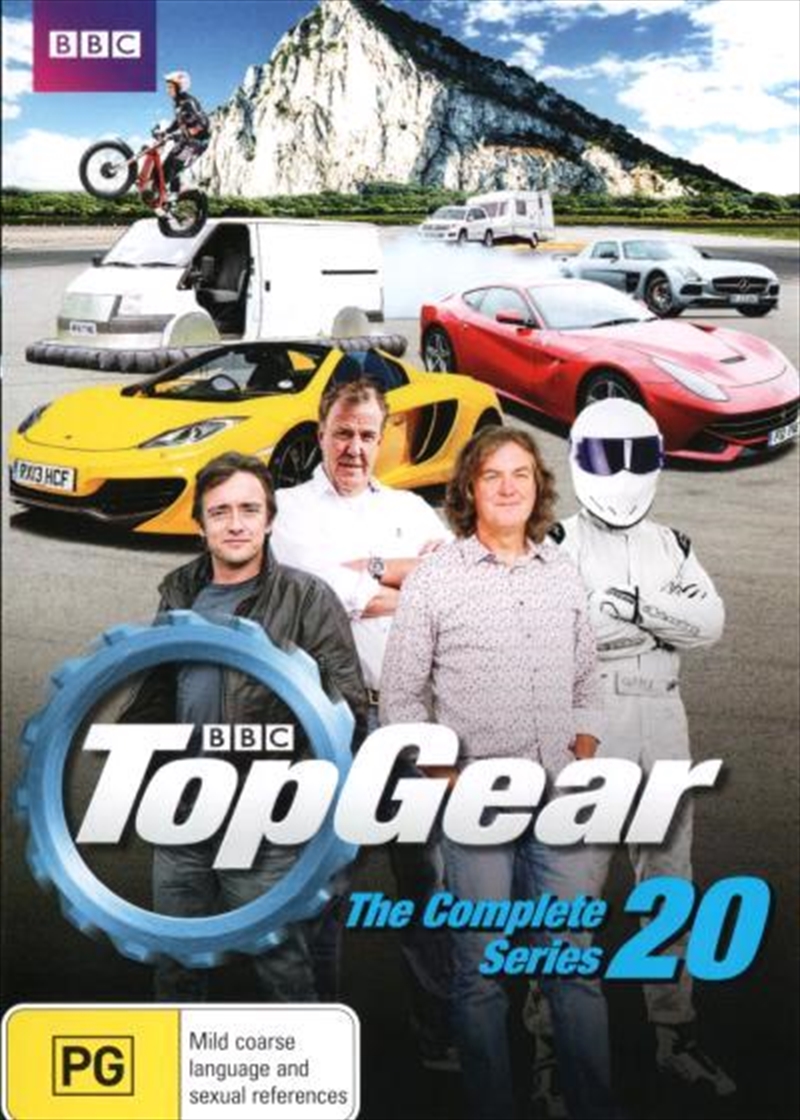 SEE MORE IN:
Top Gear 3 For $20 Movies & More
DESCRIPTION
BBC's Top Gear TV Show – The Complete Season 20.The 20th series of the world’s most popular car show sees Jeremy Clarkson,Richard Hammond and James May in typically explosive form. In the course of sixpacked programmes, they set out to race a car against an America’s Cup yachtup the coast of New Zealand, launch a highly scientific process to find theworld’s fastest taxi, and do their bit for European economic turmoil byblasting across Spain in three ‘affordable’ supercars.Also in this series, Top Gear tackles the growing problem of flooding bydesigning a car that can turn into a hovercraft, investigates the popularity of‘soft-roader’ cars by making the presenters into caravan enthusiasts, andtests the Jaguar F-type, the Range Rover Sport and the new double decker Bus ForLondon as part of an epic celebration of the many brilliant machines currentlymade in Britain.There are also track tests of the BAC Mono, Ford Fiesta ST, Peugeot 208 GTI,Renault Sport Clio 200 and Mercedes SLS Black, and the show welcomes a brandnew Reasonably Priced Car in which celebrity guests will perform theirfast laps.As seen in NZ on PRIME from 28th July 2013Contains filming on New Zealand’s 90 Mile Beach
DETAILS