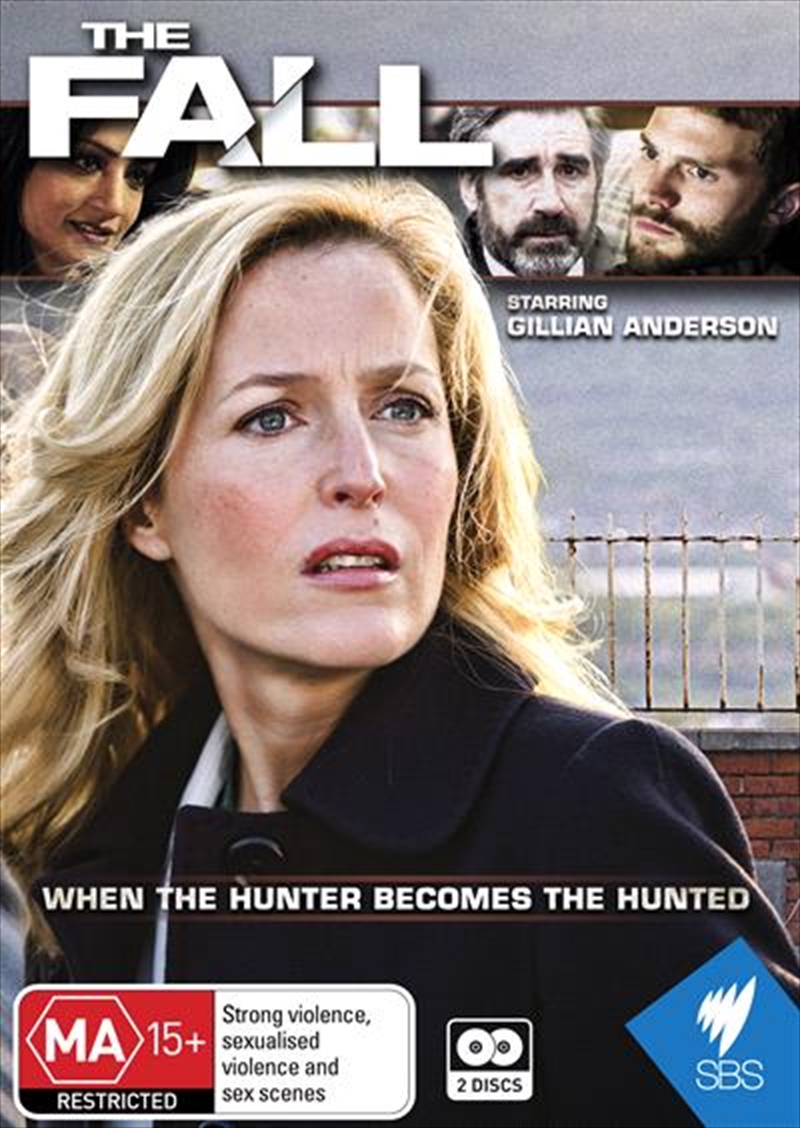 The Fall DVD - On Sale Now With Fast Shipping!

When the hunter becomes the hunted

In her first lead role in an investigative series since The X Files, Anderson brings the same intelligence and depth of character to her portrayal of Stella Gibson, a successful, highly driven homicide detective.
Jamie Dornan (Once Upon A Time, Sofia Coppolas Marie Antoinette) stars as Paul Spector, the ruthless serial predator she seeks. While chillingly hiding behind the faae of loving husband and father, Spector who is revealed from the outset is preying on women in and around Belfast. While the police are stalled in their investigation of these as yet unconnected murders, Gibson is drafted in to conduct a 28-day review on secondment from Londons Metropolitan Police.
Almost immediately, Gibson determines these heinous crimes are all linked to the same person. An outsider, she immediately feels a certain level of hostility from the local detectives but Gibson understands the psychology of serial killers and how to find them.
Under her lead, the team, including Archie Panjabi (The Good Wife) as pathologist Reed Smith, explores the case from every angle, uncovering an intricate web of lives entangled by the murders including members of both the killers and the victims families.
Revealing how a modern, top level murder investigation team works when it comes up against every policemans worst nightmare, this rich and complex thriller is less of a whodunit and more of a cat-and-mouse game.
Gaining in intensity as the drama unfolds, this is a hunt that will challenge the investigative skills of Gibson and her team to the limit as they race to catch Spector before he succeeds in killing his next victim.
DETAILS