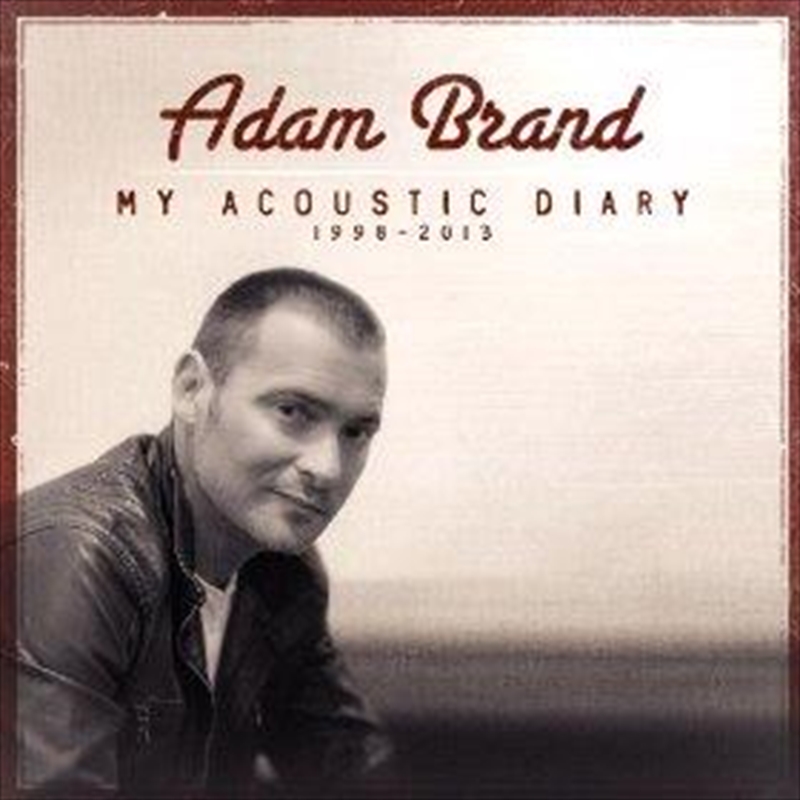 Country Superstar Adam Brand returns with his most personal album to date. ‘My Acoustic Diary’ features 15 carefully chosen songs spanning Brand’s career as a recording artist from 1998 through to now.

“I have decided to re-record some of these diary entries acoustically, the way they were first written… I’ve chosen songs that represent pivotal points in my life, and my growth as a songwriter and as an artist trying to find my own voice,” says Adam Brand.

Over the course of his career, Adam Brand has earned three Platinum and five Gold albums and his most recent album ‘There Will Be Love’ scored a #4 debut on the ARIA album charts. He has been nominated four times for the ARIA Best Country Album award and is the winner of 12 Golden Guitar Awards at the Country Music Awards of Australia